Joyeux Happy Thanksgiving 2013, What will be on your Table? 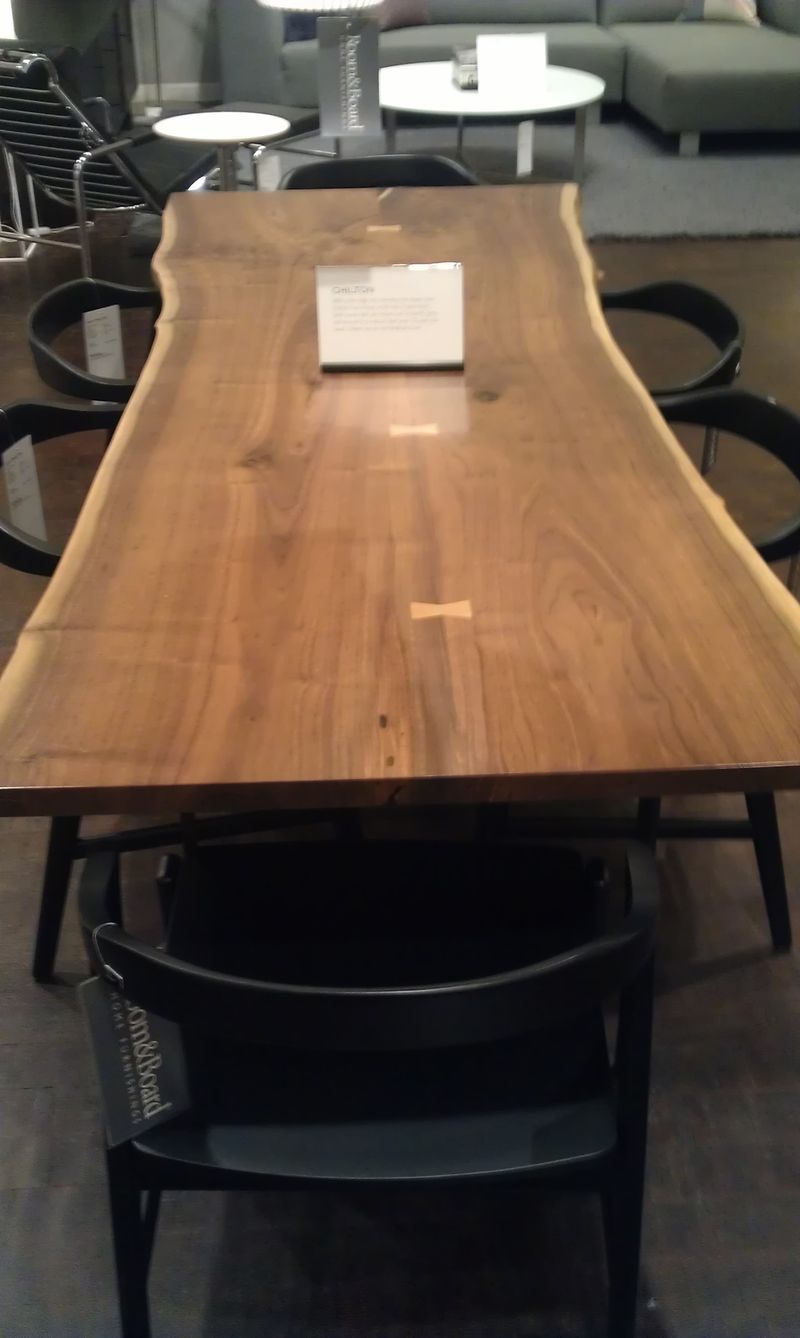 What will be on your table?

Posted on November 28, 2013 in Film, Food and Drink, Photography, Serge the Concierge, To Do Lists, Weblogs | Permalink | Comments (0)

I am pretty sure that some museum goers will find video treatment chosen as one of the introductions to La Renaissance et le Reve (Renaissance and the Dream) exhibit at Musee du Luxembourg in Paris sacrilegeous.

On the menu, Bosch, Veronese, Greco.

(* Exhibit page i linked to is in French only)

It explores in images and words the food world's ills from October 16 to October 20, 2013.

The sunday afternoon Cooking Workshop at La Tricoterie on how to combine traditional Afghan recipes with sustainable agriculture is sold out.

They are screening Spinning Plates in collaboration with Slow Food Huntington on September 11, 2013 at 7:30 PM. 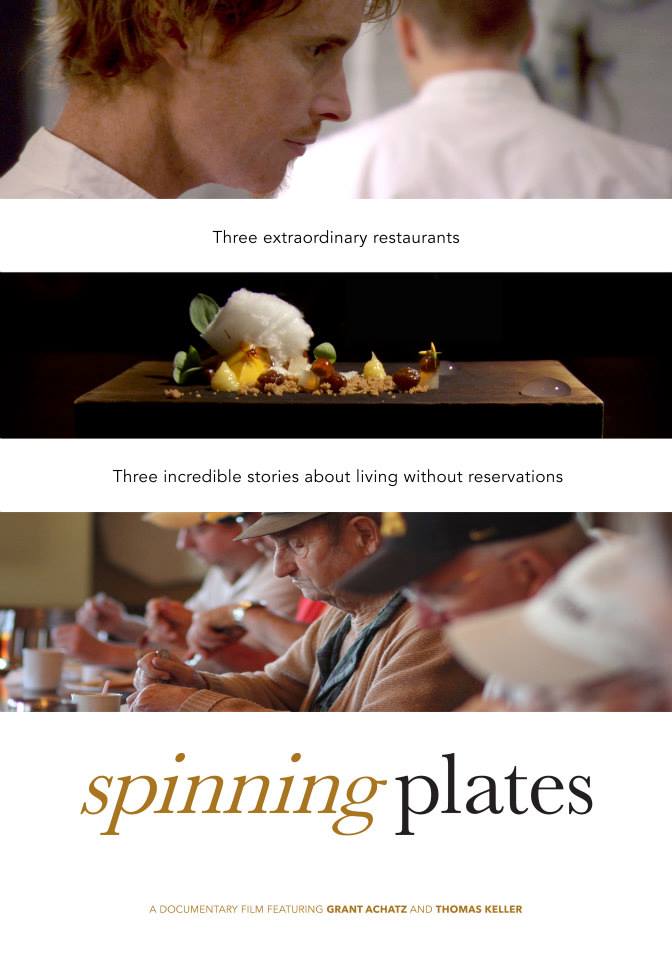 What movie is about:

“Every restaurant exists to entertain people,” says Nick Kokonas, a partner in Chicago’s upscale Alinea. “No one needs to eat out.Why do you go to a restaurant? To be entertained. To enjoy yourself. To celebrate.” Director Joseph Levy explores three restaurants that offer dining experiences that resonate beyond the simple act of being fed.

At Alinea, the experience is an artful performance by chef Grant Achatz and his staff. In Balltown, Iowa, Breitbach’s Country Dining regularly serves more people than live in the town; it’s a community center as well as a tourist destination. In Tucson, Arizona, Francisco Martinez opens La Cocina de Gabby so everyone can enjoy his wife’s cooking “because she cooks like an angel.” These three varied stories illuminate our associations with dining as family gathering, community expression, and performance art, or sometimes all three at once."

Price is $10 for members and $15 for General Public

Today is opening day of Tales of the Cocktail 2013 in New Orleans.

Among the country specific participants is an All Canadian Tasting Room focused on Wild Foraged Cocktails.

"Taking place Friday, July 19 from 12:30 to 2 p.m. in the Regal Suite of the Royal Sonesta at 300 Bourbon St., “Wild Foraged Cocktails - The Canadian Shield” is the brainchild of award-winning mixologist/sommelier Lauren Mote and celebrated chef Jonathan Chovancek, creators and co-proprietors of Vancouver-based Bittered Sling." I wish I could witness Mogwai playing soundtrack live while Zidane, A 21st Century Portrait (a film directed by Douglas Gordon and Philippe Parreno) rolls off the screen.

There are 2 performances on Friday, July 19 (currently sold out) and July 20 at 8 pm at Albert Hall.

To the chagrin of my professeur de francais, L'ecume des jours (Mood Indigo) by Boris Vian was one of my favorite books in middle school.

He was more into poets Ronsard and du Bellais.

I am looking forward to see how Michel Gondry's film version of Mood Indigo brings to life the Pianocktail, a key element of the book.

In Pianocktail (October 2008), Florica Vlad describes this pianotender as "a piano that mixes drinks based on the combination of keys played. Each key corresponds to a different spirit or liquor and cocktails are produced appropriate to the mood of the song played so that the concerto can be internalized and the music can be drank in addition to being heard." 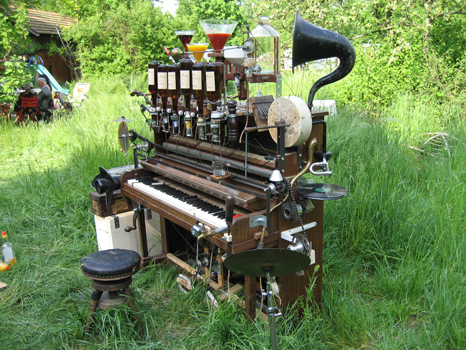 Florica also shares image (above) of Pianocktail created by Géraldine and Nicolas Schenkel.

You can find more about it on their Piano Coktail site (French only).

There are also a couple of videos of Geraldine playing-mixing the Pianocktail including this one fron 2007.

Movie is scheduled for release in France on April 24,2013.

From February 27 to March 10, the Japan Society in New York "offers a retrospective of rarely shown films produced from the late 1950s to the early 1960s by mercurial, pioneering Japanese film studio Shintoho" with its Globus Fim Series 2013.

Founded in 1947 by employees of the Tokyo-based Toho Company during strike action (its name means "New Toho"), Shintoho promptly established itself as one of the major studios of the second golden age of Japanese cinema, specializing in low- (or no-) budget productions that have become absolute cult classics.

"Fujiko, a dance student with a horrific facial scar, seeks help from a sorceress in the mountains, who ultimately transforms her into a powerful monster. After undergoing a ritual that results in her temporary death, she returns to life as a fanged, hairy monster. Not long afterwards, her dance school classmates Kiyoko, a film star, and Eiko, a model, encounter Sayoko, a girl who is the spitting image of the presumed-dead Fujiko. Sayoko, it soon becomes apparent, is not a double, but the original in a new guise. But as much as Sayoko wants to live a normal, peaceful life, she cannot control the monster within her who wants payback against her tormentors."

More titillating is Flesh Pier (1958) is also having its New York premiere on March 2nd.

"Another world of illicit pleasures lies beneath the glittering neon surface of Tokyo. Ken Utsui stars as an undercover cop investigating a call-girl ring operating out of a Ginza nightclub, where he is surprised to discover the boss's moll is his long lost love. He also recognizes a fashion model at the club—Haruko (Akemi Tsukushi), whom he knew as a reporter when he was fighting crime in Kobe. The sharp-eyed pianist, Teruo (Teruo Hata) senses something fishy about these two—and relays his suspicions to Rumi, who has Haruko confined in Teruo's room."

When I was invited to contribute a recipe video showcasing one of the items on Whole Foods 'Madness Sale' selection, I accepted the challenge.

I want to thank John and Christina of Le Salbuen Cafe Market who opened their doors to us for video shoot.

This video could not have happened without A'layeah Thompson who was behind the camera and edited 28 minutes of video to around 4.

Here's the result below.

Watch the Video on Facebook for chance to win Whole Foods Market Basket of Madness.

Thanks to Paper Chef for the parchment cooking bags.

(* This video was made on the invitation of Whole Foods PR Team. Recipe and its content was created by Serge Lescouarnec of 'Serge the Concierge' in collaboration with John of Le Salbuen.)

The NYC Food Film Festival lives up to its reputation for 2012 edition opening on October 17. 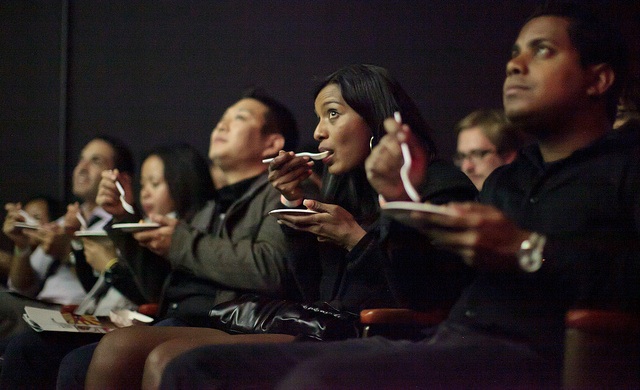 Star of opening night is Whisky: The Islay Edition Featuring having its US Premiere alongside a tasting of whisky from all 8 distilleries on the Isle of Islay (Scotland) and a special tasting menu by Chef Chris Rendell of Highlands Restaurant.

NYC Food Festival, taste what you see on screen.