Cecil Cannon, the most remarkable child I have ever known, sprang from the loins of my soul brother, Vince Cannon, a Marxist punk rocker in the guise of a corporate lawyer, with a sense of humor even more bawdy than my own. She’s always got her nose stuck in a book (her stepmother, Claire, is an English professor) and is not afraid to speak her mind. Cecil has boldly declared Easter to be her favorite holiday, because that’s when I make Meyer lemon cheesecake. I in turn declare this to be Cecil Cannon’s Meyer Lemon–Coconut Cheesecake. Don’t expect her to share her piece with you. 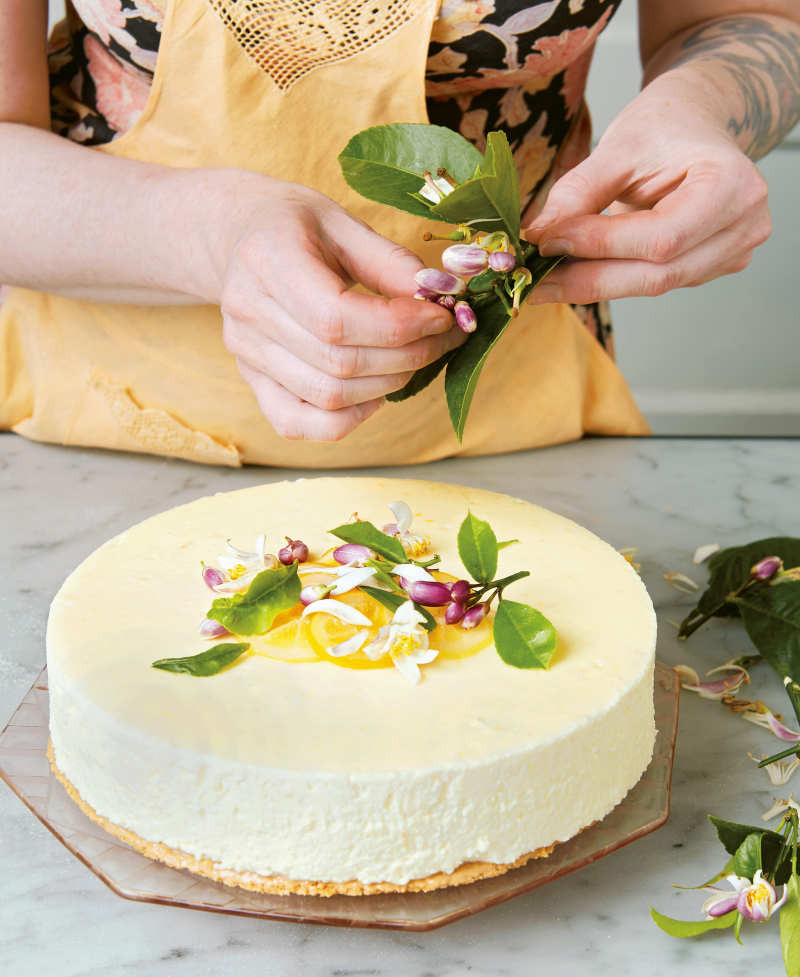 As with the Vanilla Cheesecake, you bake the cake and crust separately and then perform the same tricky invert-­flip-­flip move to combine them. You can make the cake up to 3 days ahead, but don’t combine crust and cake until shortly before you plan to serve this, or the crust will get soggy. If you must put it together in advance, brush the crust with a thin layer of melted white chocolate before attaching it to the cheesecake.

In the bowl of a stand mixer fitted with the paddle attachment (or in a large bowl, using a wooden spoon), paddle the cream cheese, crème fraîche, and lemon zest on low speed until creamy and smooth (the goal is not to add air to the mixture, which would cause the cheesecake to pouf while baking and then crack). Add the eggs one at a time, followed by the yolks, mixing after each addition until incorporated. Add the granulated sugar, lemon juice, and salt and mix, still on low speed, until homogeneous. Transfer to the prepared baking pan and smooth the top with an offset spatula.

Fold a paper towel into quarters and set it in the center of a roasting pan. Set the cake pan on top of the paper towel to prevent the bottom of the cake from overcooking and to keep the cake pan from sliding around when you move the roasting pan, then add enough hot water to the roasting pan to come halfway up the sides of the cake pan. Transfer to the oven and bake until the center of the cheesecake is set, about 50 minutes. Let cool in the water bath, then transfer to the refrigerator and chill for at least 4 hours. (The cake can be made up to 3 days ahead.)

Make the crust: Preheat the oven to 275°F (133°C). Using a dark marker, draw a circle the size of the pan you are using on a sheet of parchment, then flip the paper over and place it on a sheet pan.

In a medium bowl, combine the coconut, confectioners’ sugar, and salt. Stir in the butter and egg white until combined. Transfer to the center of the circle you traced and press into an even 10-­inch (25-­centimeter) or 9-­inch (23-­centimeter) round, depending on the size of the pan you’re using to bake the cake.

Bake the crust until golden brown, 12 to 15 minutes, then transfer the pan to a wire rack and let cool completely. Once it is cool, carefully peel off the parchment.

To assemble the cheesecake: Remove the cheesecake from the refrigerator. Run a small offset spatula, with the front of it facing outward, around the edges of the cake, pressing against the pan so you don’t cut into the cake. Then swirl the pan over a low burner to warm the bottom slightly and make it easier to remove the cheesecake from the pan. Blot any moisture that has accumulated on the surface of the cake with a paper towel, then sprinkle the surface of the cake with the granulated sugar. Take a deep breath! Invert a flat plate over the cheesecake and, in one fluid motion, turn the cheesecake out onto the plate. Carefully peel the parchment from the bottom of the cake, then set the baked crust on top of the cake. Invert a serving plate over the cake and (deep breath again!), in one fluid motion, invert the cake onto the serving platter so the crust is now on the bottom. With a sharp paring knife, trim any excess crust.

Cut the cake into wedges and serve.

Summer Vacation Flight on Your Mind, Book Directly Through Airline Not Portal In Case of Hiccups

Apr 19
Summer vacation flight is on your mind? My suggestion, book directly through the airline in case of hiccups. I had booked a round trip flight for me and my son in November 2019 (EWR to Rome via Copenhagen) for Spring Break 2020. Covid came and of course what would have been a wonderful getaway did not happen. Flight was on Scandinavian Airlines but it was booked via Expedia. It took me almost a year of... 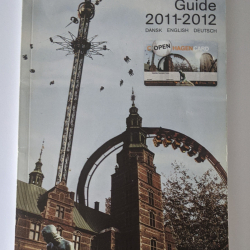 Apr 21
Crustacean eating red mullet makes for smooth pink Whole Thai Fish Skewers, a recipe from Skewered: Recipes for Fire Food on Sticks from Around the World by Marcus Bawdon (© Dog ‘n’ Bone, April 27, 2021) WHOLE THAI FISH SKEWERS I’m a lover of red mullet and I think it’s much under-rated by a lot of folk. It’s a lovely pink, smooth-skinned fish, and the flesh is delicate with a shellfish flavor from all the... 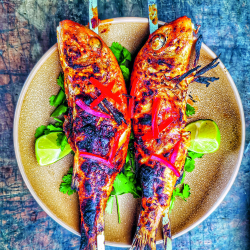