Get Green on Wheels on the Berlin Wall Trail, From Berlin to Potsdam and Back in Brandenburg

Get green on wheels on the Berlin Wall Trail...

In these Covid times, Berliners like others have had to change their leisure and vacation patterns and rediscovered what is to see in their backyard. 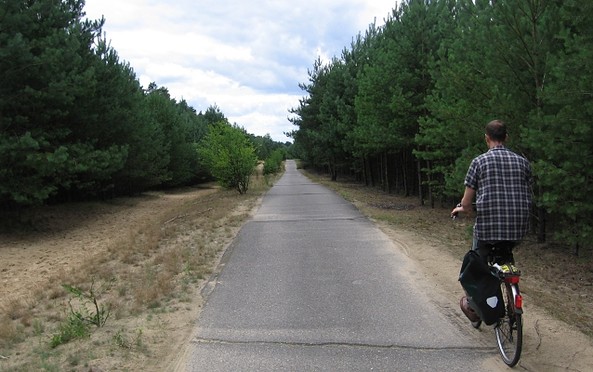 A taste of what to expect from the Map notes:

"The Berlin Wall divided the German capital and separated West Berlin from the territory of the GDR from 1961 to 1989. On a cycle tour along the Berlin Wall Trail, you can still see the remains of the former border installations. Stop off on your 106-kilometre long round trip in Potsdam, where many of the city´s attractions have great stories to tell. If you look closely, you can see that the Glienicke Bridge was painted in two different colors, testifying that the bridge was divided between east and west and that captured spies were exchanged in its center. The route along the border section in Brandenburg´s capital is approximately 15 kilometers long. In New Babelsberg, you cycle past villas steeped in history and the Media City, where leading DEFA films were produced during the GDR period. From there the trail leads back to Berlin."

Anreise: RE1 to Potsdam, S-Bahn S7

Don't Get Lost thanks to Signposts: Grey beam against a white background with 'Berliner Mauerweg' logo and watchtower to the left. 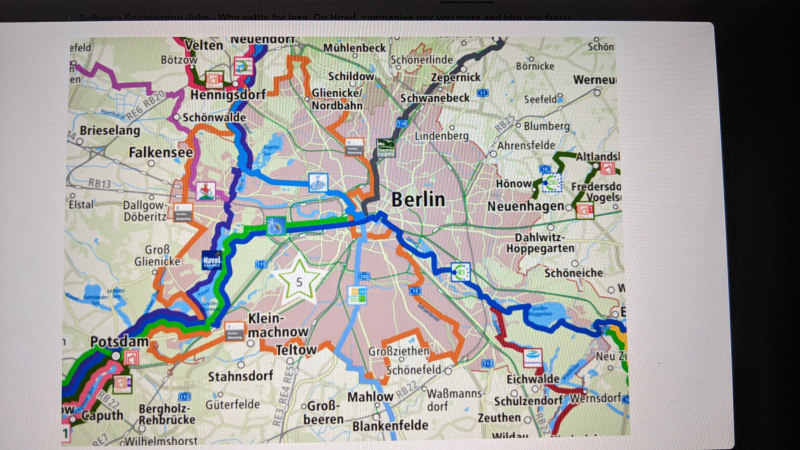 (Screenshot of Berlin to Potsdam trail map above)

Somewhat Related: Loire Valley in the Slow Lane, Cycling the Loire from the Atlantic to Sancerre (April 30, 2010)

Nov 14
Rail Alphabet 2 to Gatwick Airport, Margaret Calvert: Woman at Work Exhibit at Design Museum in London, until January 10, 2021 (Covid willing). After studying art and illustration at Chelsea College of Arts, Margaret Calvert fell into typography after being handpicked by Jock Kinneir. She was the younger partner and did not get as much credit as she should have for her contributions to their work until Jock Kinneir's death in 1994. The show and... 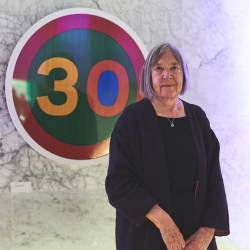 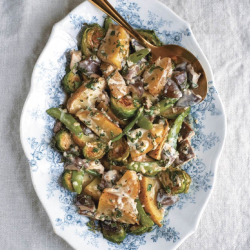