You will not be able to, after tasting artichoke recipes like this one from Cooking Blokes and Artichokes,  A Modern Man's Kitchen Handbook (Kyle Books, April 2016) by chef Brendan Collins of Birch restaurant in Los Angeles.

For the past fifteen years or so, it seems like every restaurant in the western hemisphere has had Brussels sprouts, bacon, and balsamic vinegar on its menu, and I’m guilty of it too. But it’s with good reason: the dish is seriously tasty. When I opened my new Hollywood restaurant, Birch, I wanted to do something equally as delicious but a little bit different. So I substituted baby artichokes, in season in the spring and summer, to freshen up a wintery dish for the warmer months. Baby artichokes have the same earthiness as Brussels sprouts, but with a unique, sweet nuttiness too. 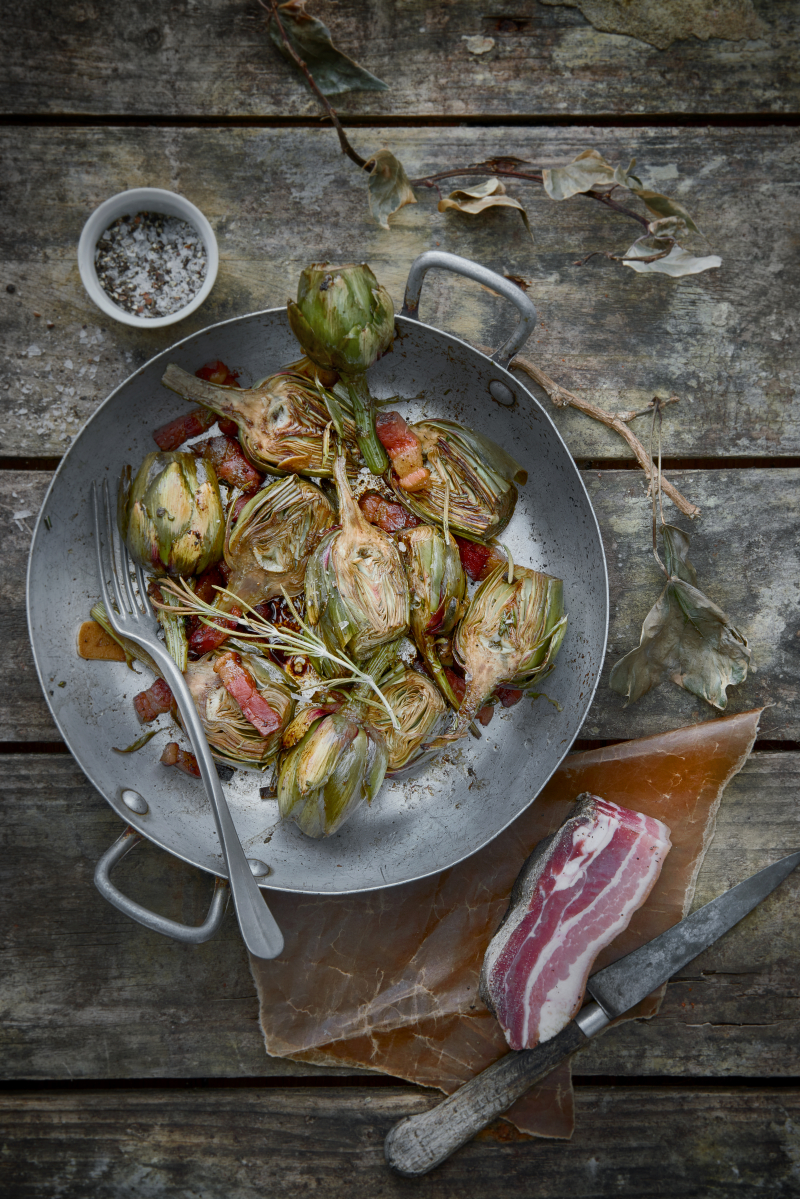 Prep each artichoke by removing the tough outer leaves and peeling the outer layer from the stem with a vegetable peeler or a paring knife. Cut off the top third of the artichoke to remove the tough ends of the leaves. Cut them in half lengthwise and give them a rub all over with one of the lemons as you work so they don’t oxidize and turn an unappealing brown color.

Place a frying pan big enough to fit the artichokes in a single layer over medium heat. Add the bacon lardons and cook for 5 minutes, or until most of their fat has been rendered. Remove the bacon using a slotted spoon and set it aside on a plate.

Add the artichokes to the hot bacon fat in a single layer and let them brown, about 3 minutes. Transfer the pan to the oven and cook for 10 minutes, or until soft and tender.

Remove the pan from the oven and add the bacon back in, along with the rosemary and garlic. Return the pan to a burner over medium heat. Give your best go at sautéing, tossing the ingredients around; if you drop some, don’t worry, the dog will love you for it. Season with salt.

Add the vinegar to deglaze the pan, scraping up any browned bits with a wooden spoon, and let the vinegar reduce until sticky but not burnt, about 1 minute.

Transfer the artichokes and bacon to a serving bowl, drizzle with the oil, and sprinkle with sea salt and pepper.

Beer as Form of Hydration 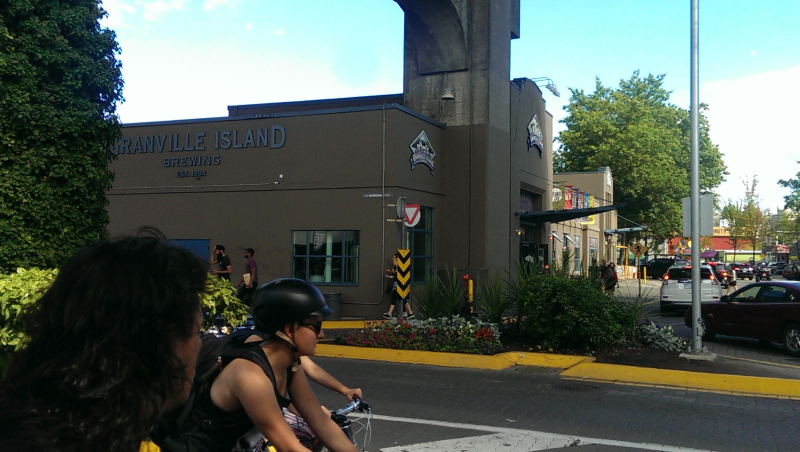 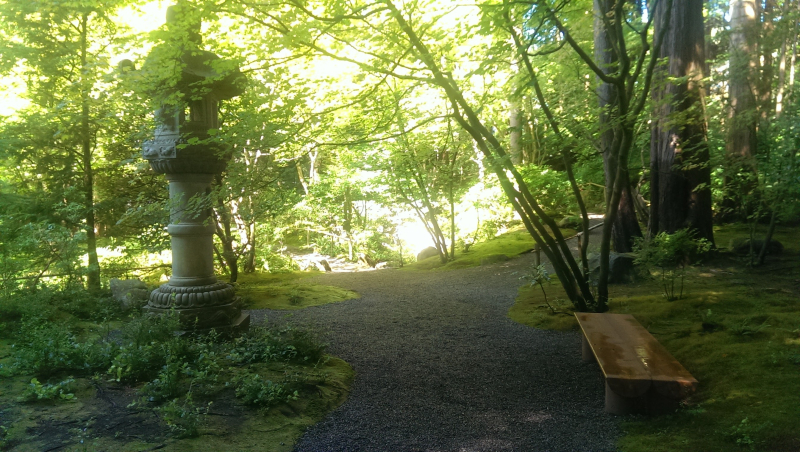 A haven of peace on campus of UBC in Vancouver 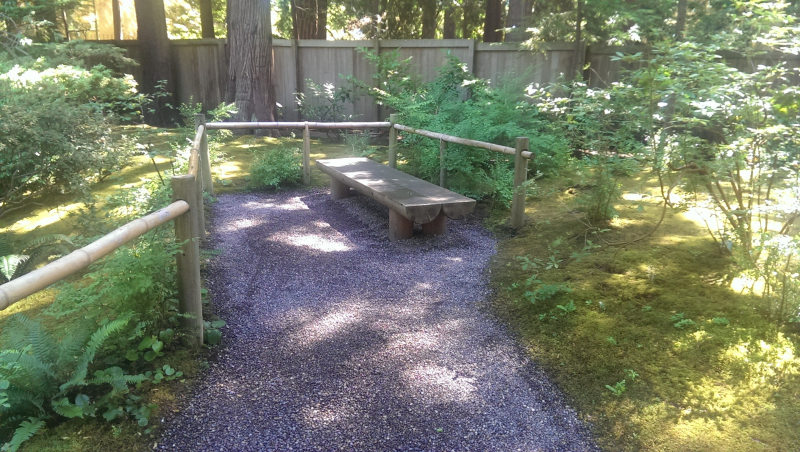 Escargot Meatballs, Vietnamese Lunch at Tamarind Tree, A Seattle Spot with Many Fans 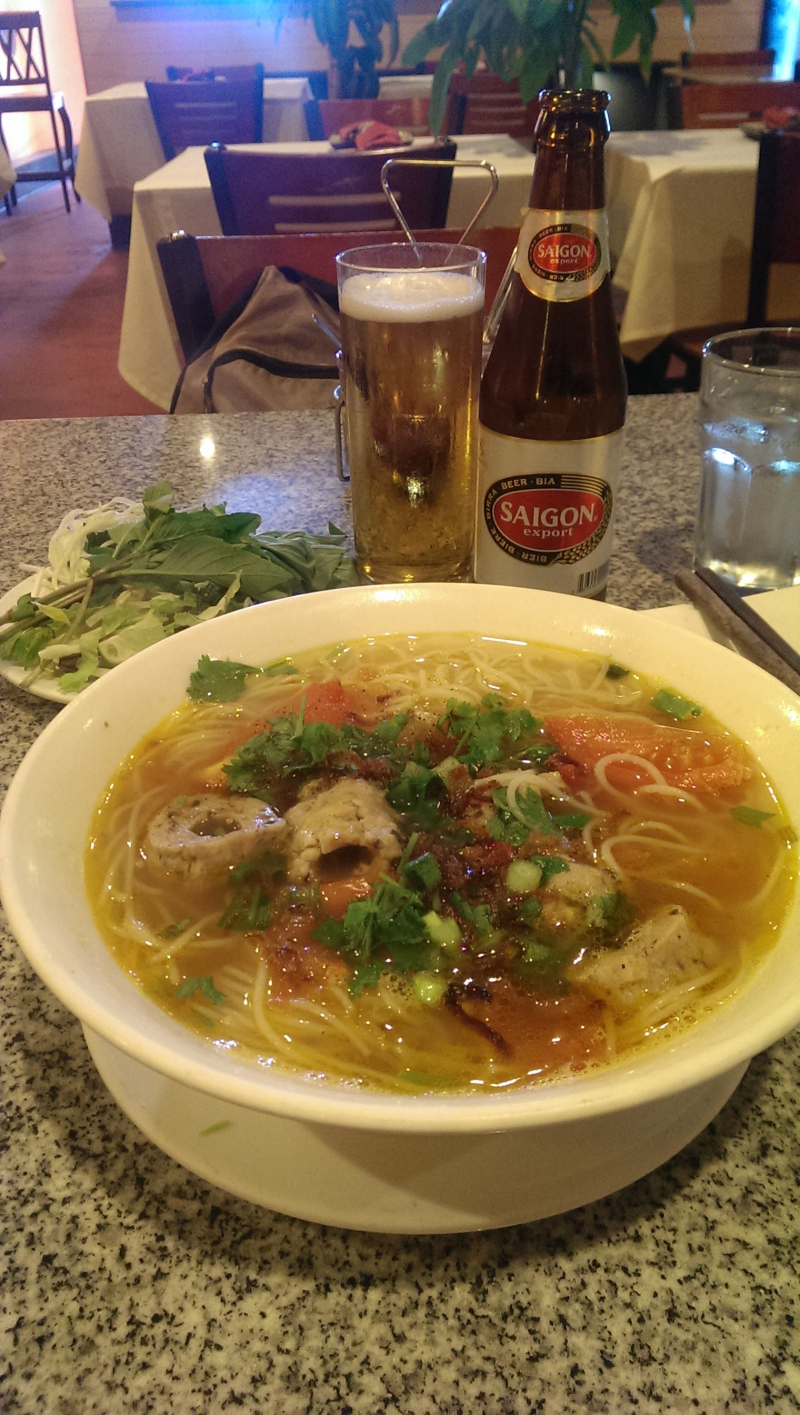 A Seattle spot with many fans, myself included after August 8 meal. 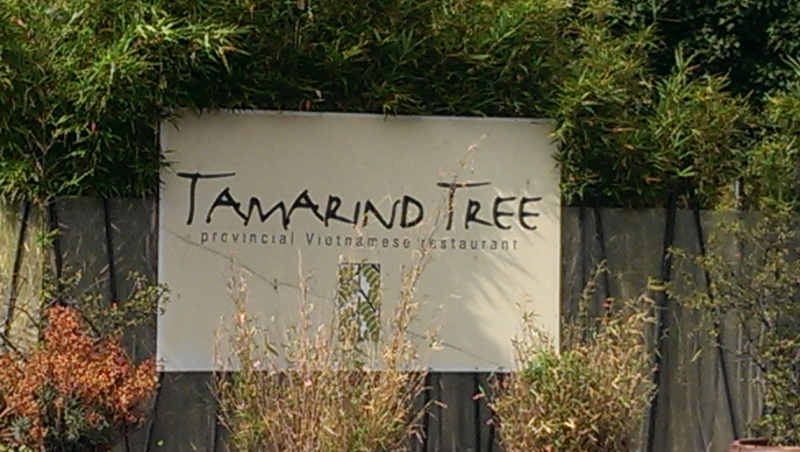 I missed it at first from main street as it's kinda tucked in back of parking lot of strip mall. 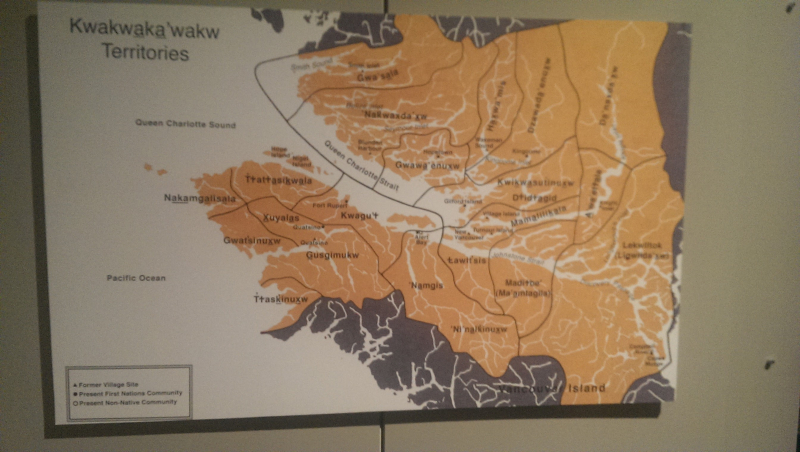 Mapped Out at Museum of Anthropology UBC, Vancouver 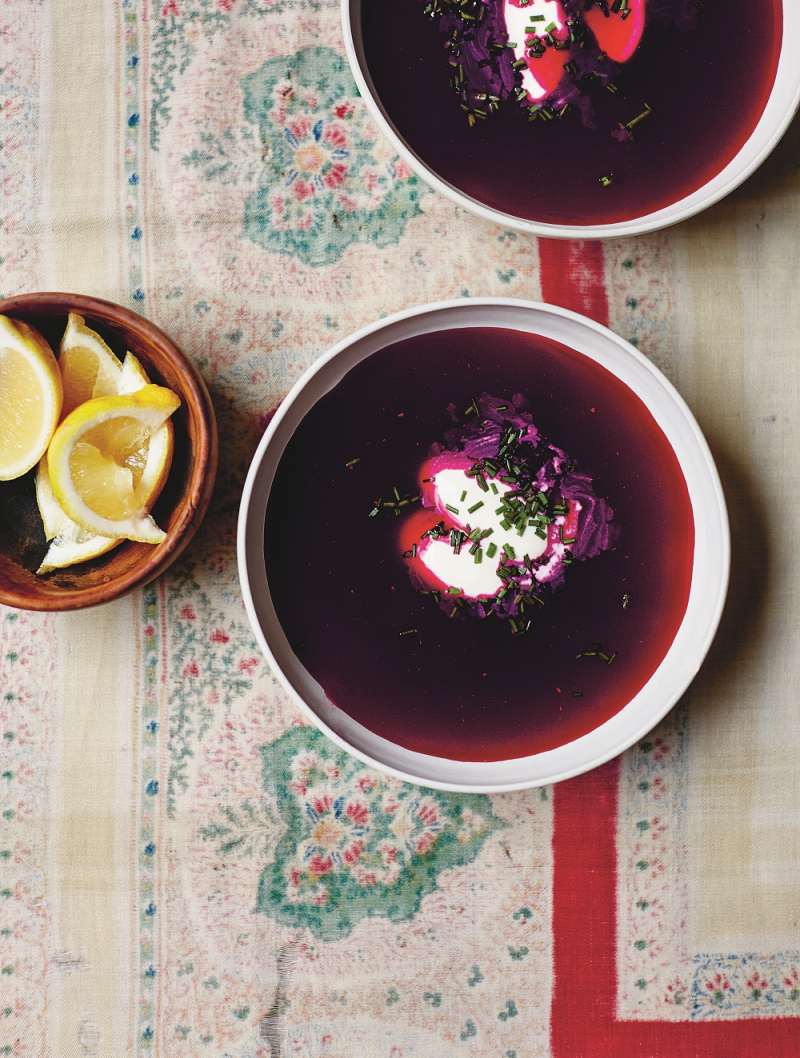 This is an elegant version of borscht, a clear, rubyhued broth served chilled, rather than the heartier beet soups suited to the long winter months. If you have made Rye Bread Kvas (see page 177), try adding a splash to the finished soup.

5 cups of cold water. Season with the sugar and salt. Bring to a boil, reduce to a simmer, and cook for 40 minutes. Strain through a fine sieve, reserving the broth and discarding the vegetables (which will have lost their flavor). Let cool, then taste for seasoning. A squeeze of lemon juice will brighten the flavor.

Serve the broth chilled, with a dollop of sour cream and a scattering of chives.

Coyotes in the Area, Warning to Members of Green College Dining Society at UBC, Vancouver

Coyotes in the Area, 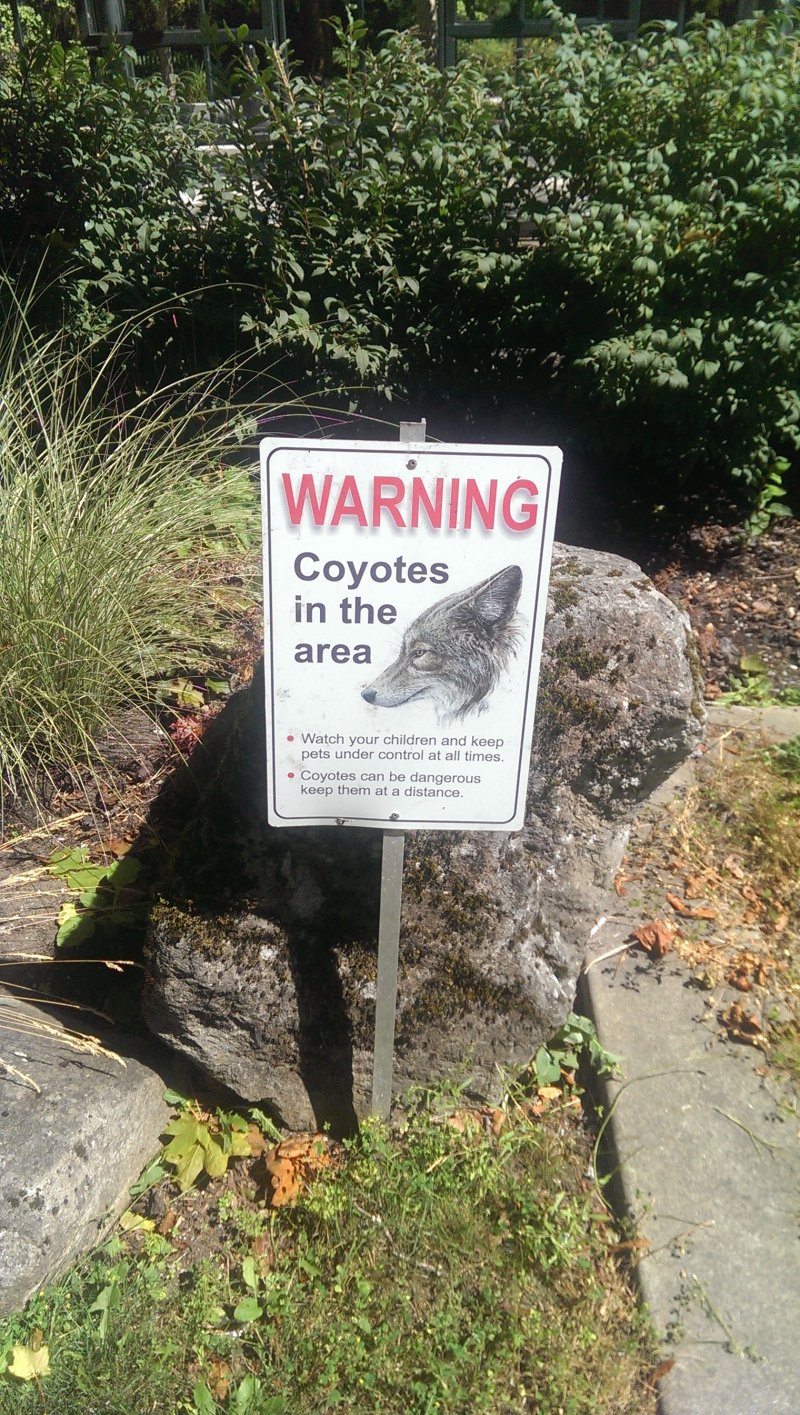 Pulled 'La Petite Paille' 2010 Cuvée Noir out of Bale of Wines at Swirl in Yaletown, A British Columbia Wines Only Store

Pulled 'La Petite Paille' 2010 Cuvée Noir out of bale of wines at Swirl,  a Yaletown store dedicated to selling British Columbia wines only and educating palates. Owner Jeff Wong was conducting a small in-store tasting while I was there. 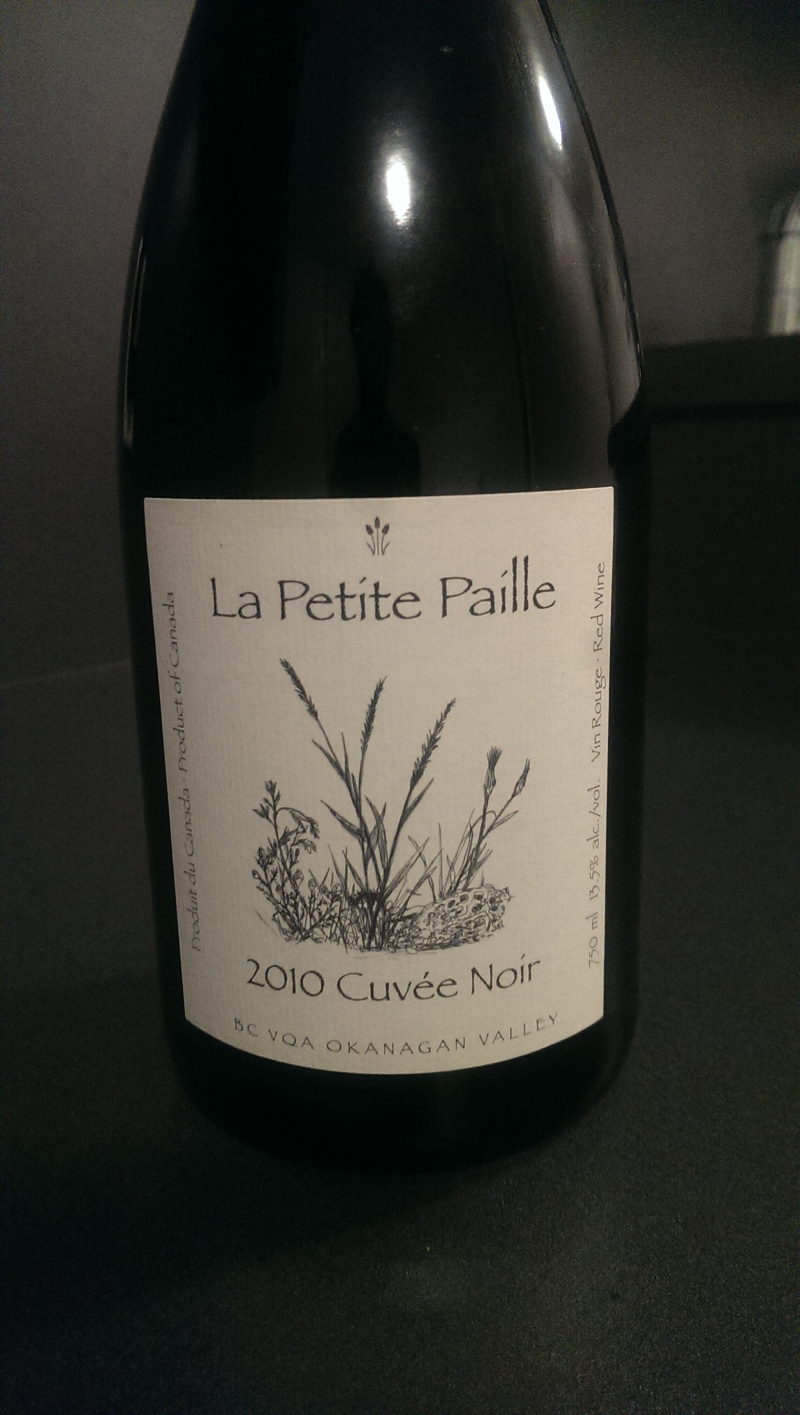 Wine is produced by Little Straw Vineyards in West Kelowna, owned by 6 people including Susan Ursuliak.

This is an interesting  blend of Syrah, Merlot, Cabernet Franc, Pinot Noir and Blau Frankish from BC VQUA  Okanagan Valley.

Check what the BC VQA stands for.

Posted on August 11, 2016 in Food and Drink, Personal Organizer, Serge the Concierge, To Do Lists, Travel, Weblogs, Wine | Permalink | Comments (0)

Water and Heights, Morning View of Vancouver from my 'UBC' 13th Floor Window of my Ponderosa Studios room 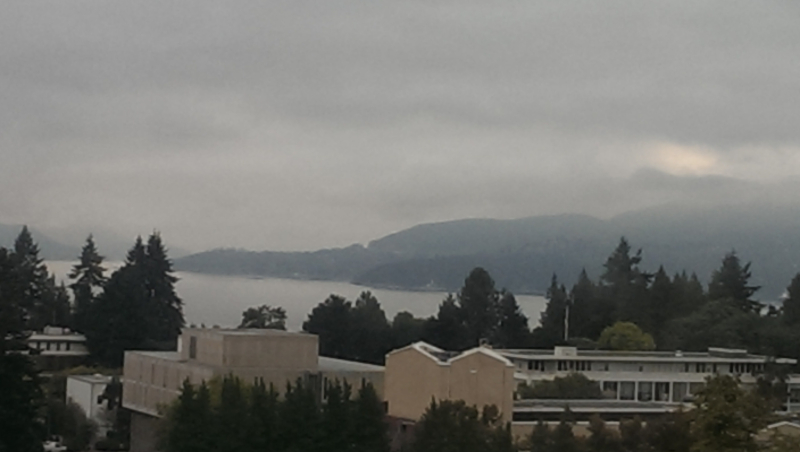 No, I am not going back to school. University books these as hotel rooms to visitors while students are away.

Head in the Clouds, St Juan Islands As Seen from Amtrak Cascades Train to Vancouver 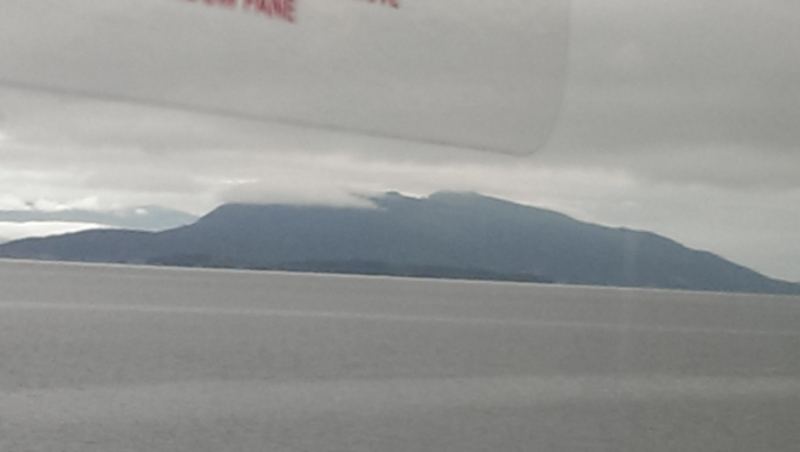