Roussanne Goes under name Bergeron in Savoie, Altesse has a smaller Footprint in Region

Roussanne goes under name Bergeron in Savoie, Altesse has a smaller Footprint in the Region.

Most commonly planted white varietal in Savoie is Jacquere.

I realized when I learned of Vins de Savoie tasting in New York City on November 9 with a dozen of Savoyards winemakers present that I knew next to nothing about region's wines.

I will try to make up for t.

I started by reading Savoie Wines escape from the ski slopes on Savoie-Mont Blanc site.

Something to Save for Cold Evenings, Comte Cheese Fondue from Luke Nguyen's France Cookbook

Something to Save for Cold Evenings, Comte Cheese Fondue from Luke Nguyen's France (Hardie Grant, October 2015).

This cookbook is companion to SBS TV Serie of same name by Vietnamese-Australian, Sydney based chef Luke Nguyen, of restaurant The Red Lantern which he opened with his sister Pauline.

Comté cheese is a hard cow’s milk cheese, named after the region in which it is produced. To take the stakes to truly decadent, try melting it down and combining with a delicious chardonnay for dipping pieces of crusty bread. You will need a good-size fondue pot for this recipe. Rub the garlic halves around the inside of the fondue pot, to imbue it with flavour and stop the cheese sticking to it.

Pour the wine into the pot and warm over medium heat until simmering. Add the cheese and stir until melted.

Reduce the heat to low and transfer the fondue set to the dining table. Place pieces of baguette on fondue forks,

dip into the melted cheese mixture and eat!

Comte does come from Franche-Comte not neighboring Alsace. Both regions being in Eastern France. 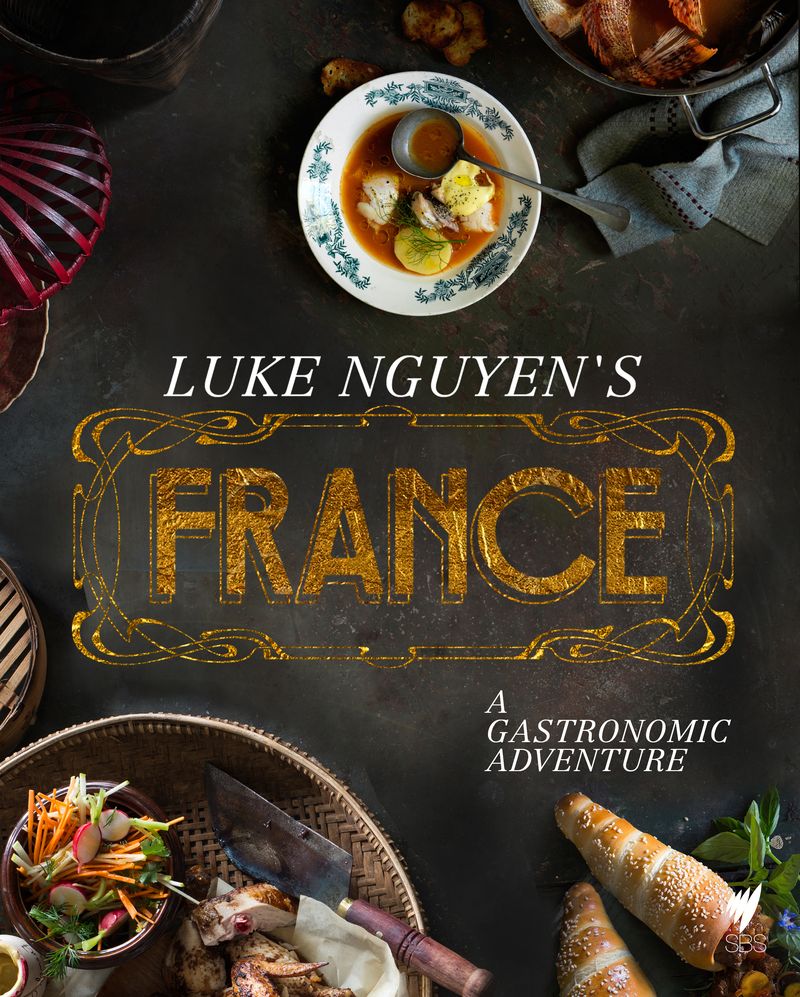 Previous
Since March 2005, Serge Lescouarnec aka Serge the Concierge shares Food, Wine, Travel and Life Tidbits. He also runs 'New Jersey Concierges'. Recently launched 'Mediterranean Work and Play' for remote workers who also want to have a life. It will first offer Playgrounds in southwest France.