Not quite Risotto, Kritharaki Me Manitaria, Mushroom Orzo from Maria Loi 'The Greek Diet'

I cannot guarantee that you will 'look and feel like a Greek god or goddess...' as the subtitle of The Greek Diet by Maria Loi with Sarah Toland (William Morrow, October 2014) suggests.

You will surely be sasiated after eating her not quite risotto 'Mushroom Orzo' vegetarian pasta dish. 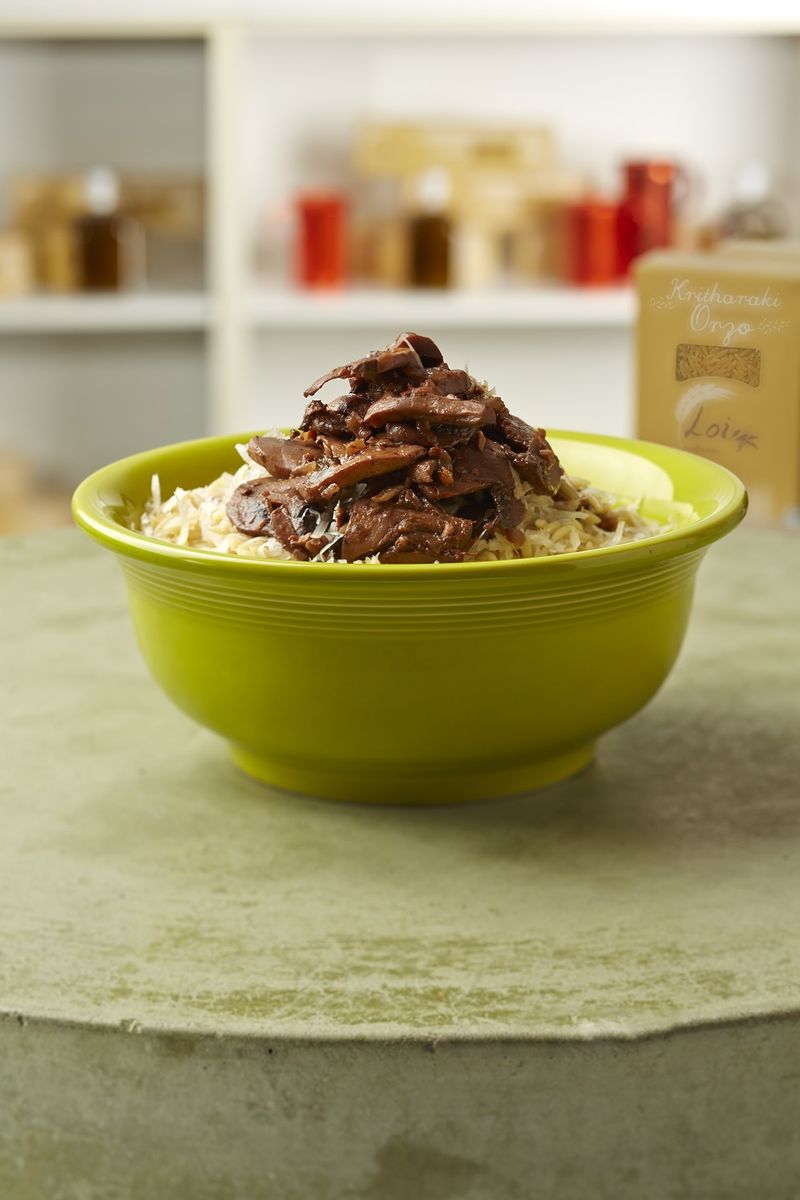 1. In a large skillet or Dutch oven over medium heat, cook the onion until golden and caramelized, 8 to 10 minutes, sprinkling it lightly with salt as it cooks. Add the tomato and garlic and continue to cook until well combined.

2. Add the mushrooms and cook until the mushrooms are nicely browned, about 10 minutes. The liquid they release as they cook will be used later to coat the pasta. Season the vegetables with salt and pepper, and add the cinnamon stick and bay leaf.

3. Pour in the wine and add 2 cups of stock. Continue to cook over medium heat until the liquid is reduced by one-third. There should be enough liquid in the skillet to comfortably hold all the orzo, about 1 cup. If not, add a little extra water or stock as needed.

4. Preheat a small sauté pan over medium heat for 1 minute. Add the orzo and cook, stirring, until it turns golden brown and develops a nutty aroma, less than 5 minutes.

5. Carefully add the orzo to the skillet with the mushroom mixture and allow it to cook, stirring occasionally, until it softens, about 5 to 10 minutes. If the orzo has absorbed all of the liquid but isn’t quite done, add another ¼ or 1/2 cup of stock to the skillet. Taste the sauce, and add salt and pepper as needed.

6. Remove the cinnamon stick and bay leaf. To serve, ladle the pasta into large bowls, sprinkle with pecorino and garnish with fresh basil leaves.

(* Recipe reproduced with permission from The Greek Diet by Maria Loi with Sarah Tolland -published by William Morrow, October 2014)

Will Pump Street Bakery travel to London for Chocolate Week 2014 in their classic Citroen delivery truck? 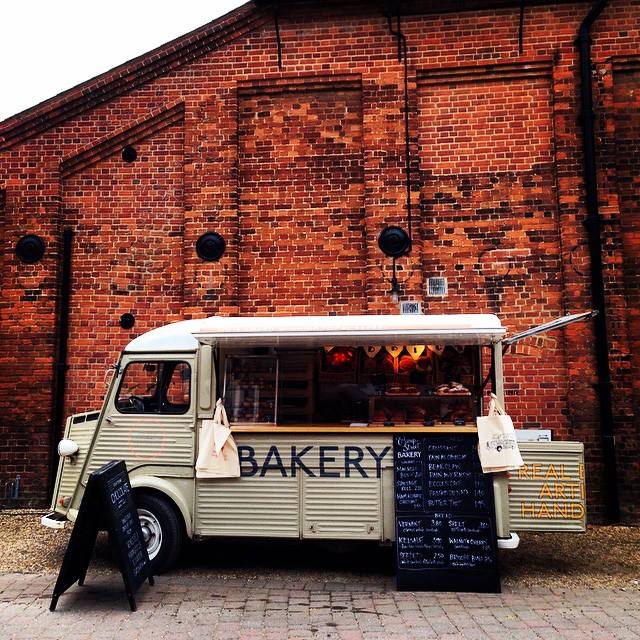 I would like to taste their Sourdough Sea Salt handmade chocolate bar. 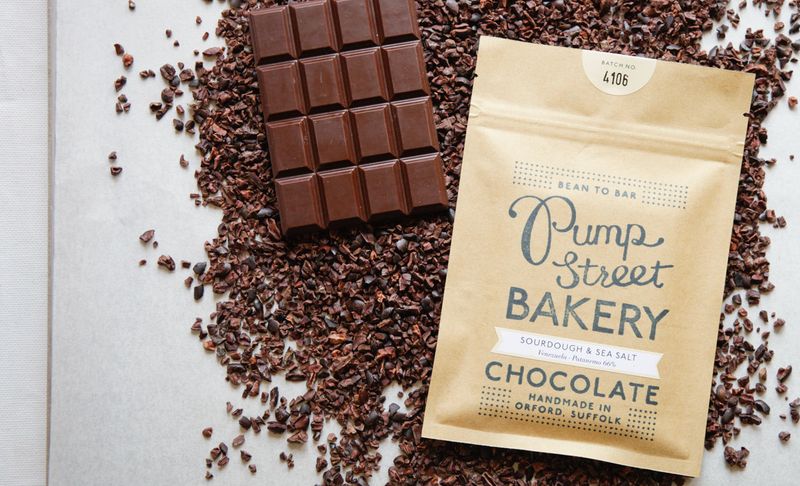 It's not too late to join the fun if you are in Barcelona today at Las Cuevas del Sorte as event starts at 11 pm.

Born in 1959 in Aomori, Yoshitomo Nara is one of the main figures of Japan's Neo-Pop movement. 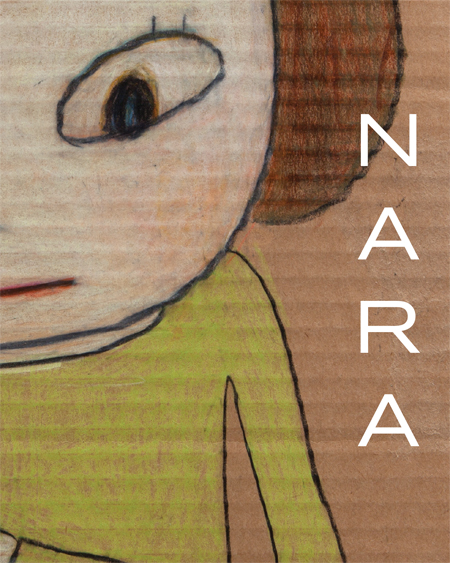 "Rendered in colored pencil and acrylic, Nara's drawings are executed on a variety of paper types, such as found envelopes, stationery and inexpensive lined sheets, and deftly fuse Japanese visual traditions such as manga and anime with Western modernism and elements of American pop culture."

Gnocchi See, Gnocchi Do, Waffled Sweet Potato Gnocchi from 'Will it Waffle'

From Mexican scents of Green Chile Waffled Quesadillas, we move to Italy spirits with this second recipe from  Will It Waffle? 53 Unexpected and Irresistible Recipes to Make in a Waffle Iron (Workman Publishing, August 2014) by Daniel Shumski...

These could easily become your new once-a-month tradition.
Living in Argentina gave me an appreciation for gnocchi. Although Europe is an ocean away, immigration left its mark and Italian influence is strong there. The 29th of every month was gnocchi day. Lines formed at pasta shops to buy gnocchi for the evening meal.
Why gnocchi and why on that day? The idea is that it’s the end of the month and the pantry is bare. The ingredients for gnocchi couldn’t be more humble: potatoes and flour, though many people
add some Parmesan and maybe an egg. Maybe you don’t have much, but you have enough to make gnocchi. And gnocchi are comforting and filling.

Gnocchi often get lumped in the pasta section of the menu, but in truth they are potato dumplings. Many recipes use boiled potatoes, but this recipe uses baked. The fluffy, dry texture of the baked
potato means we can control the amount of moisture added, in the form of an egg.
If you’re serious about gnocchi, you use a ridged paddle called a gnocchi board to put the trademark indentations in the gnocchi. If you’re not serious about gnocchi—or have a healthy disregard for
tradition—you use a waffle iron. 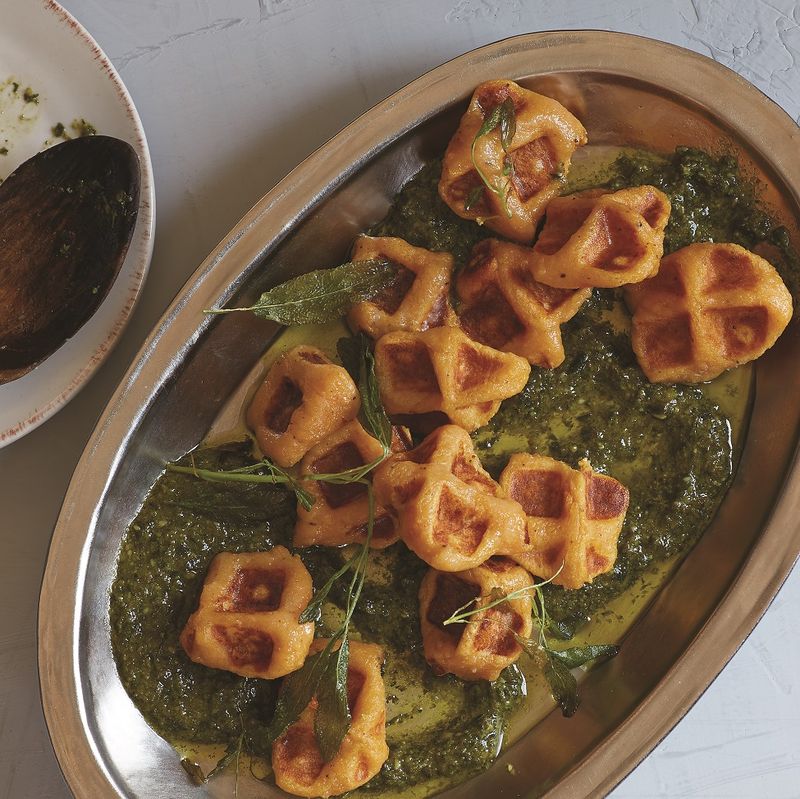 2 Bake the potatoes until easily pierced with a fork, about an hour. Let the potatoes cool slightly, then peel them. (They may be just shy of the texture you'd want in a baked potato, but keep in mind they're being cooked again later.) Pass the potatoes through a food mill or a ricer or grate them over the large holes of a box grater and into a large bowl.

3 Add the 1 1⁄4 cups flour to the potatoes and use your hands to mix them together, breaking up any lumps of potato along the way. Sprinkle the cheese, salt, pepper, and nutmeg over the dough and knead lightly to distribute evenly.

4 Once the flour and potatoes are combined, make a well in the center of the bowl and add the
beaten egg. Using your fingers, work the egg through the dough until it starts to come together. It
will be slightly sticky.

5 On a lightly floured surface, gently knead the dough a few times to bring it together. It should be moist, but not wet and sticky. If it’s too sticky, add 1 tablespoon flour at a time, up to 1⁄ 4 cup. Roll the dough into a log and cut it into 4 pieces.

6 Roll each piece into a rope about the diameter of your thumb and then use a sharp knife to cut into 1-inch segments.

7 Preheat the waffle iron on medium. Coat both sides of the waffle iron grid with nonstick spray, or butter the grids using a silicone pastry brush. Turn down the oven to its lowest setting and set aside a baking sheet to keep the finished gnocchi warm.

8 Gently shake off any residual flour from the gnocchi and place a batch on the waffle iron, leaving a bit of space for each to expand. Close the lid and cook until the grid marks on the gnocchi are golden brown, 2 minutes. Repeat with the remaining gnocchi, keeping the cooked gnocchi warm on the baking sheet in the oven.

There’s another method possible: shaping the gnocchi in the waffle iron and boiling them.
Follow the recipe through Step 6. Do not turn on the waffle iron. Dust the gnocchi lightly with flour, place them in the waffle iron, leaving space for the gnocchi to spread a bit, and close the lid. After 10 seconds, lift the lid, remove the gnocchi, and set them aside on a plate.
Repeat until you’ve shaped all the gnocchi. At this point, the gnocchi can be boiled until they
float, about 2 minutes, or flashfrozen in a single layer on a baking sheet for an hour, and then transferred to a zip-top bag for storage in the freezer. Frozen gnocchi will take an extra
minute to cook.

Honey Extraction from Beehive to Honey Pot, October 4, with Nectar and Co, at Rob, Brussels

The fall 2014 Slow Food Bruxelles Gouter Bruxelles is multi faceted and happening in a variety of locations across the Belgian capital this first week-end of October.

You can visit Potage Toit rooftop garden at the National Library, Learn how to live without a supermarket, Get an initiation to Belgian cheeses and beers to name a few. 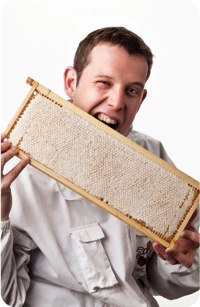 My interest was piqued by another session: Honey Extraction from Beehive to Honey Pot, October 4, with Xavier Renotte of Nectar and Co, at Rob Gourmets Market....

Reservations are recommended by emailing  bastian.vanhamme@rob-brussels.be

(* Photo of Xavier Renotte from Nectar and Co Facebook Page)

Why stop the monster parade on October 31 (Halloween), keep it going with Obake Family Day at Japan Society in New York on Sunday, November 2. 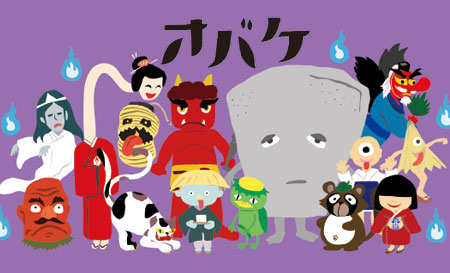 "In this day-long adventure, families are transported to a magical world where Japan's ghosts, goblins and mystical creatures await you. Kids will meet babbling obake, humorous yokai and other curious creatures from Japan's fantastical body of folklore through storytelling, crafts, film, a haunted house and more! Unlimited access is available to the Japan Society Gallery exhibition Garden of Unearthly Delights and food and drink will be available for purchase. Come dressed in your favorite costume and see how many creatures you can conjure up!"

Here are some details on Obake (via Wikipedia)

Ghosts and Goblins get in motion at 11 AM.

Getting scary for Tokyo Thursdays #295