Like it Paper Thin, Melbourne Salami Festa 2014 on October 26 Will Have It

Like your salami paper thin, Melbourne Salami Festa 2014 will have it.

Melbourne Salami Festa takes place  at Northcote Town Hall on Sunday 26 October from 10am to 6pm. 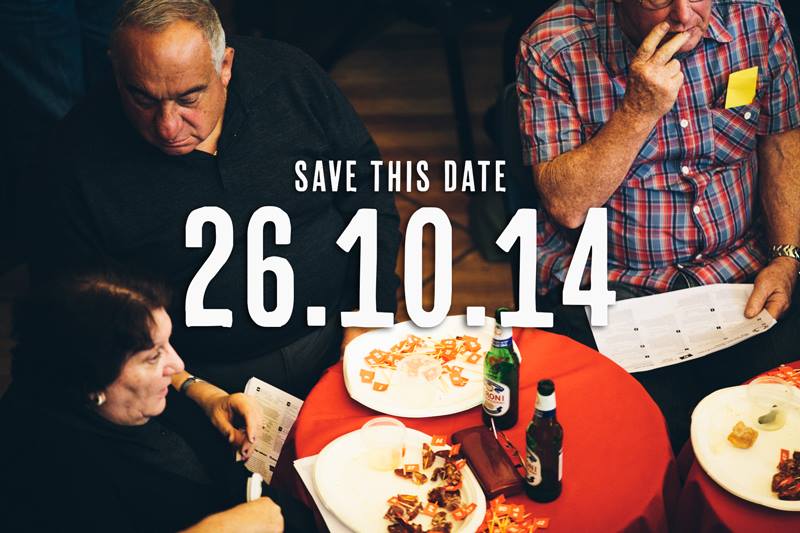 As a warm up read Turning Pig Muscles into Edible Treats, Getting Salumi Education, my  chat with Michael Ruhlman...two years ago.

While taking in part of the Dumbo Arts Festival on Sunday, I took a house guest from New Zealand to Powerhouse Arena and noticed among the upcoming book events, Brooklyn Spirits book launch on October 16 at 7 PM with authors Peter Fornatale and Chris Wertz... 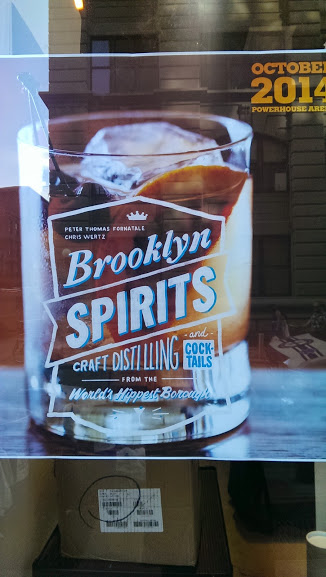 "What’s getting mixed in the neighborhood these days? Peter Fornatale and Chris Wertz take us on a boozy journey through the popular cocktails of the world’s hippest borough. Distillers Bridget Firtle (Noble Experiment) and Steve DeAngelo (Greenhook Ginsmiths) join for a stirring talk on the spirit behind Brooklyn-based spirits. Cocktails will be served! "

Posted on September 29, 2014 in Books, Event, Food and Drink, Personal Organizer, Serge the Concierge, To Do Lists, Weblogs | Permalink | Comments (0)

Do they Waffle in Mexico? Green Chile Waffled Quesadillas from 'Will it Waffle'

Do they waffle in Mexico?

The author of Will It Waffle? 53 Unexpected and Irresistible Recipes to Make in a Waffle Iron (Workman Publishing, August 2014), Daniel Shumski think quesadillas are versatile and he takes the plunge with this recipe.

Quesadillas make the perfect vessel for leftovers, too. They embrace customization and accommodate whatever you have in your fridge. Those bits of chicken or turkey? They’ll fit right in. Some leftover roasted vegetables? They’ll go nicely, too. It’ll be almost like you planned it this way.

As the cheese melts, some will inevitably escape from the tortillas.
Make the most of this. Use a heatproof spatula to scrape off the crispy cheese from the grid, chop it up, and sprinkle it atop the finished quesadillas as a garnish. 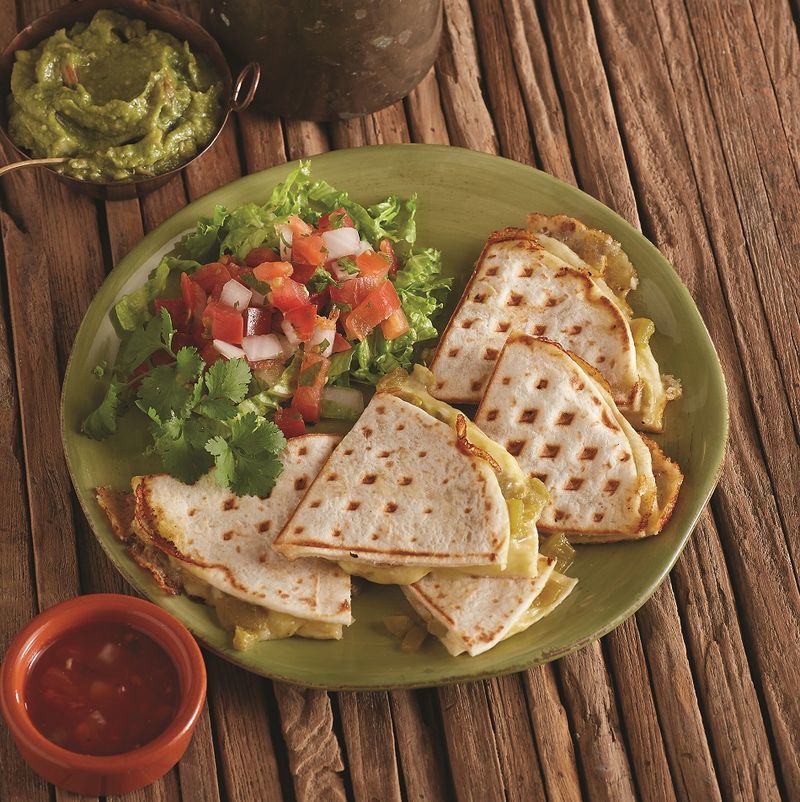 3 Check the quesadilla after 3 minutes. When the cheese is melted and the tortilla has golden brown waffle marks, it is ready. Remove the quesadilla from the waffle iron.

4 Repeat Steps 2 and 3 with the remaining ingredients, cut into wedges, and serve.

For a more substantial meal, add one of the following to the tortilla

Garnish with one or more of the following:
• Chopped scallion
• Crumbled bacon
• Sour cream
• Salsa
• Guacamole

NOTE: Leftover green chiles can be placed in a zip-top bag and frozen. Stir into omelets or cornbread, or use them to top a cheeseburger.

Posted on September 27, 2014 in Books, Food and Drink, Recipes, Recipes: Vegetarian, Serge the Concierge, To Do Lists, Weblogs | Permalink | Comments (0)

Jamie Oliver decided to ask Bart to join his Food Tube on You Tube after he got a taste of Bart's 15 seconds BartFishTales on Instagram.

Starting on Friday September 26, Bart will present on a weekly basis, videos in which sustainable fish plays a prominent role, with goal of showing how much fun it is to work with fish.

Sheepish about Coffee, Don't Walk into Kaffe 1668 on Greenwich Street

While having a client's car inspected in New York, I walked down Greenwich Street looking for a simple coffee shop and a breakfast bite to eat. Instead i passed Juice Press (Vegan Foods) and then Sweet Green until I noticed Kaffe 1668...

I don't think I ever saw so many micro sheeps decorating walls, shelves after shelves of them, many more than the hip and international patrons of the establishment.

I asked the girl who helped me at the counter, why sheep? 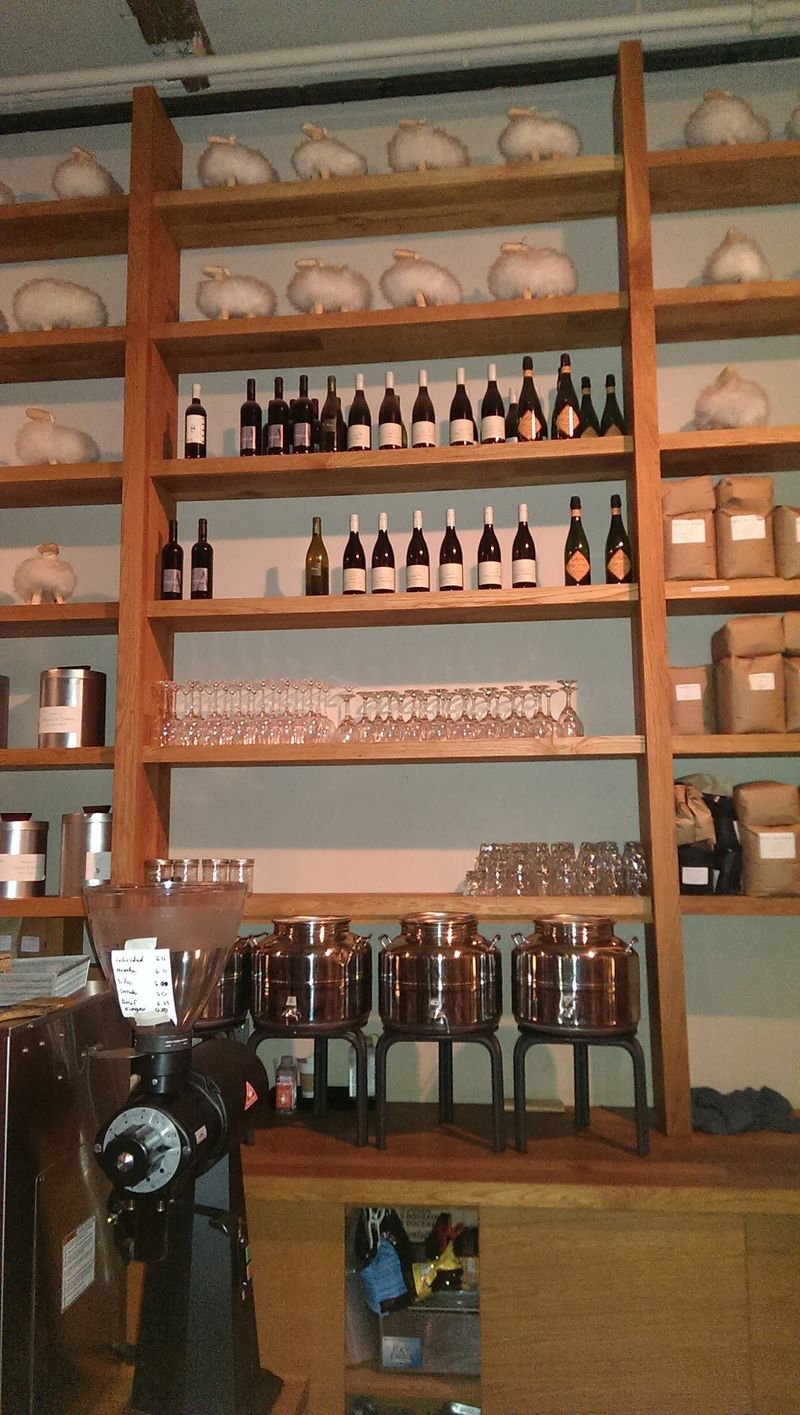 Getting request this morning from client for Vegan pastries for a party next week sent me on a search for fresh options in New Jersey beyond Montclair borders.

Close enough is Sweet Avenue in Rutherford which hits the seasonal button with vegan and gluten free apple cider donuts... 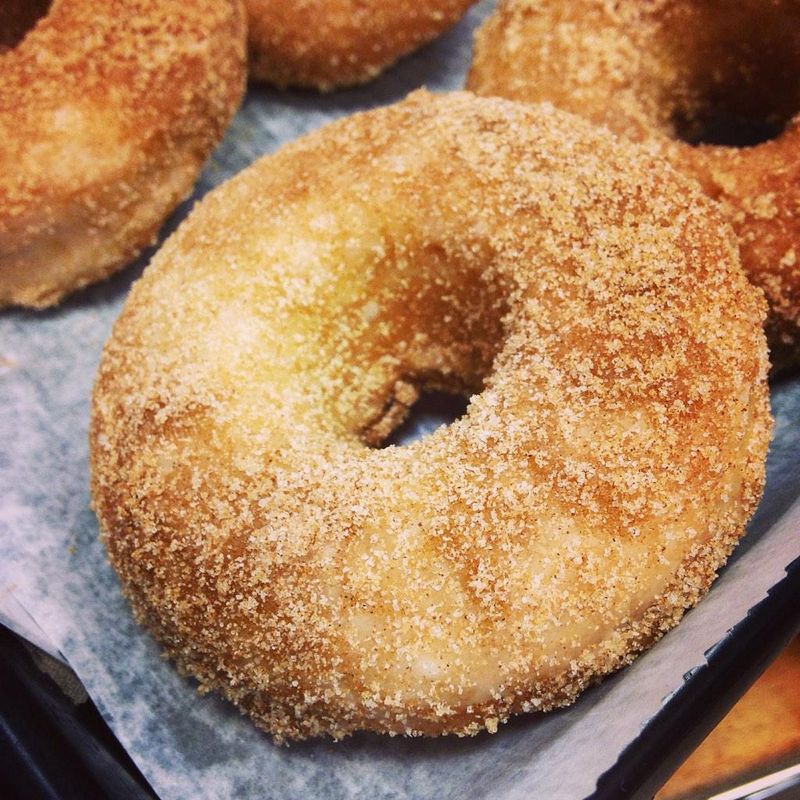 Further away is Papa Ganache in Matawan, a vegan and gluten free bakery, among their offerings, Apple Pie Pizza...

From sweet Tartin Tintin we go to hearty dish with this second excerpt from Apples of Uncommon Character, 123 Heirlooms, Modern Classics, and Little Known Wonders (Bloomsbury, September 2014) by Rowan Jacobsen...

Quick: Where can you find the strongest cider tradition in the world? Southwest England? Normandy? Actually, it’s Asturias, the coastal province of northern Spain famed for its apple groves. Instead of sherry, sidra is the traditional drink in the tapas bars; walk into any bar in the region, and you’ll be able to order this dish with your glass of cider.
This is a bit of a jazzed-up version; more likely in Asturias, you’d get unadorned chorizo cooked in cider. I’ve made this recipe with dried chorizo, which is rock-hard when you buy it, and with fresh chorizo.
Fresh is better, but you can use either one. You might even consider using a touch of dry in addition to the fresh, for intensity of flavor. Either way, serve it with crusty bread and a glass of cold, sparkling, funky cider; the dry, tart drink and the rich, spicy sausage play off each other brilliantly.

A crisp, sweet apple like Gala works, but a sweet-tart russet like Zabergau Reinette or Belle de
Boskoop is even better. Any high-acid apple will do: Bramley’s Seedling, Esopus Spitzenberg,
Ashmead’s Kernel, GoldRush, or Granny Smith in a pinch. Ananas Reinette might be best of all. 1. Heat the olive oil in a large skillet over medium heat.

2. Add the chorizo slices and sauté until brown, about 2 minutes. The oil will turn a lovely orange color from the paprika in the chorizo.

3. Turn the chorizo and sauté the opposite side another 2 minutes.

4. Add the onion and cider and continue to cook, stirring occasionally, for 6 minutes.

5. Add the apple slices, stir, and cook another 6 minutes, stirring occasionally, until the liquid has evaporated and the sauce is thick. Serve in a bowl, garnished with parsley if desired, and accompanied by thinly sliced bread.

New Yorkers Get 3 Chances To Know Why You Should Never Trust a Skinny Italian Chef in October.

They can see and ask Massimo Bottura why on following dates at 3 locations.

Saturday, October 11 at 11 AM as part of Identita Golose at Eataly

Tuesday 14 October at 2.00pm at The Culinary Institute of America

In conversation with Wylie Dufresne followed by Q+A and book signing with Massimo Bottura. 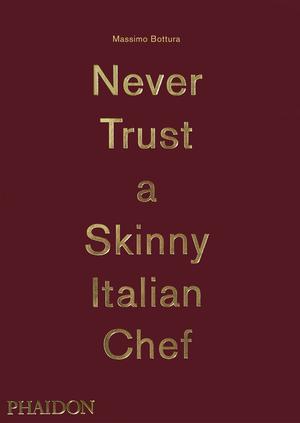 Chef Bottura also makes stops at chi Spacca in Los Angeles on October 7,  Cuoco Restaurant in Seattle on October 8 (details via Book Larder),  Tosca Cafe in San Francisco on October 9 (tickets via Brown Paper Tickets), Balena Restaurant in Chicago on October 15, and last a cooking demonstration and wine pairing ($80) at Whole Foods Lamar in Austin on October 16, followed by (free) book signing at Noon on October 17 at same Whole Foods...

Posted on September 15, 2014 in Books, Event, Food and Drink, Restaurants, Serge the Concierge, To Do Lists, Weblogs, Wine | Permalink | Comments (0)

Tarte Tintin, Calville Blanc Apples if not GoldRush, Newtown Pippin or Mutsu will Do

This is my kind of apple pie: no rolling, no fussing, no pastry making,  and shockingly few dishes to clean up afterward. I always find the bottom crust on apple pie disappointingly mushy anyway, so eliminating  it seems like an inspired solution. The trade-off is that when you serve it, it doesn’t hold together so well, but who cares; it isn’t going to last that long anyway. Essentially, this is a tarte Tatin that you don’t flip (so you don’t have to be too worried about what your apple slices look like underneath)—although you can flip it if you want. A lot of tarte Tatin recipes call for puff pastry, but I find that the pastry gets too soggy and condensed once flipped; with this one, the pastry stays high and puffy and crisp and crackly. Named in honor of the Belgian boy reporter who
was forever getting flipped when he didn’t want to be.

With so few ingredients, the  apples really need to carry this.
Tarte Tatin is Calville Blanc’s whole raison d’être, but any firm, tart apple will do, and a mix is even better.
GoldRush is fantastic, as are Esopus Spitzenberg, Rhode Island Greening, Roxbury Russet,
Newtown Pippin, Winesap, Mutsu, and Granny Smith. 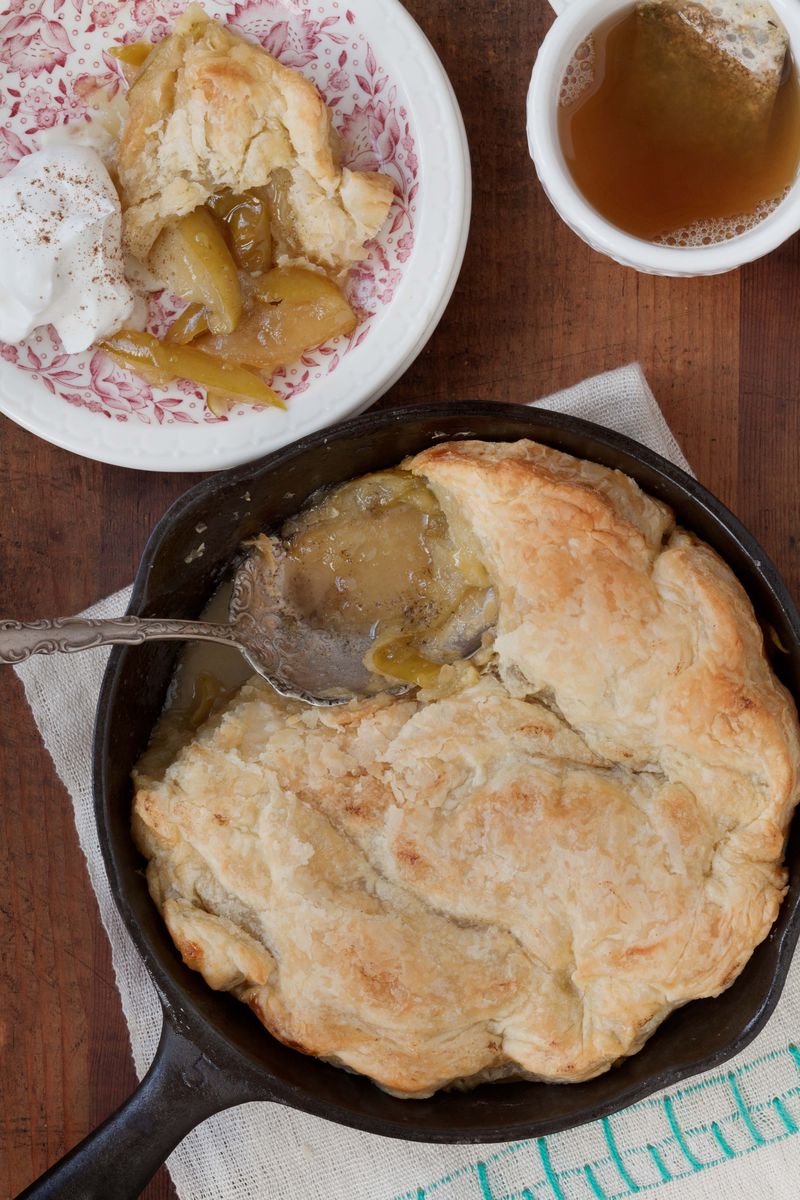 2. Melt the butter in a 9- or 10-inch cast-iron skillet over high heat. Add the sugar and cook, stirring regularly, until the caramel turns golden, about 5 minutes.

3. Add the apples and cook, stirring frequently, until they have absorbed the caramel and everything has turned dark amber, 8 to 10 minutes. Turn off the  heat.

4. On a lightly floured surface, roll out the puff pastry and nestle it over the apples in the cast-iron skillet, tucking it down around the sides if possible.

5. Bake about 25 minutes, until the top has turned brown and puffy. Let cool completely, so the insides can gel, before serving. 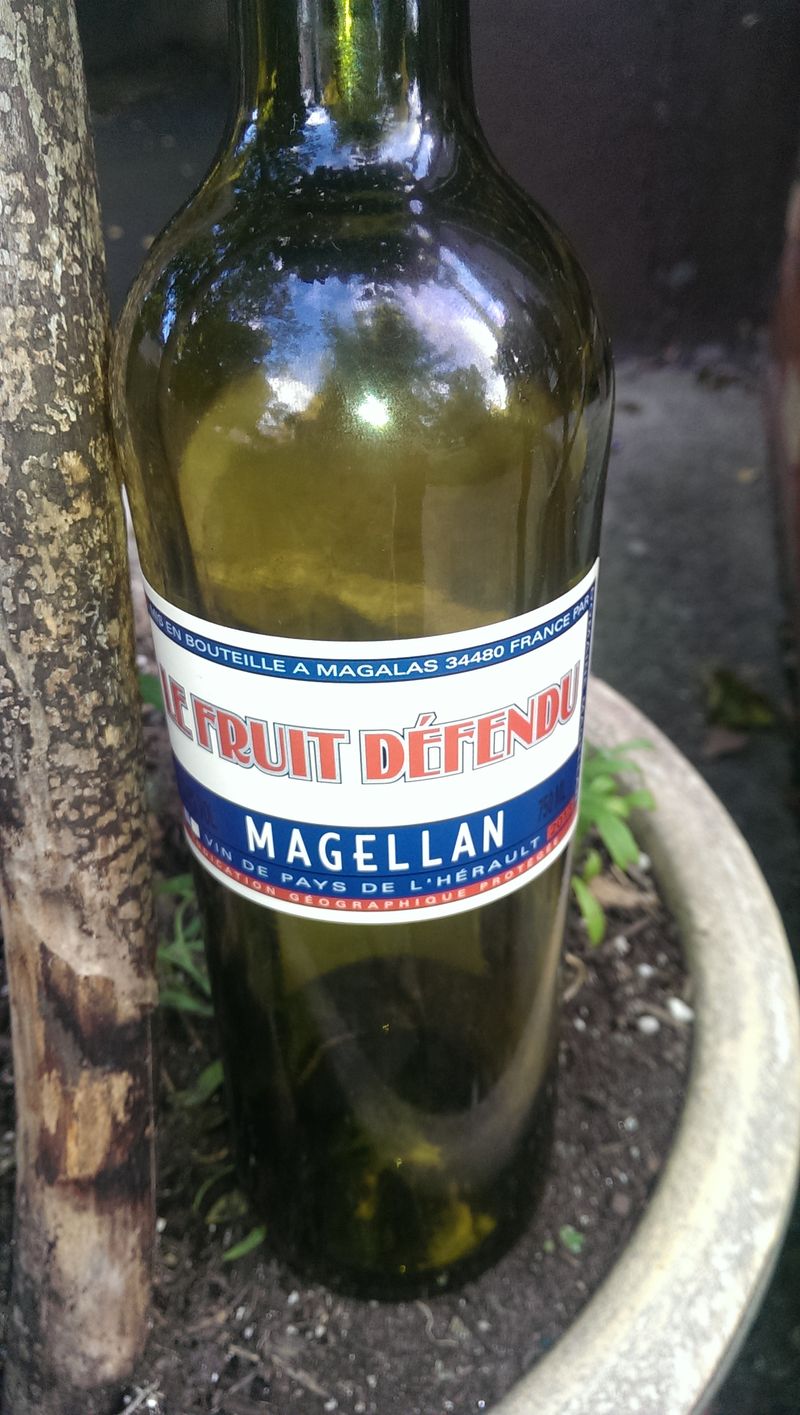 Brought to us by Domaine Magellan, a Vin de Pays from Herault, Languedoc.

Posted on September 13, 2014 in Food and Drink, Personal Organizer, Photography, Serge the Concierge, To Do Lists, Weblogs, Wine | Permalink | Comments (0)