Want to make your Sunday brunch very blueberry, these recipes will get you started.

Make your pies portable with Blueberry Ginger Hand Pies (from 'Vegan Pie in the Sky').

Leave room for a berry laden cocktail, Camden Hike by bartender Tom from Maine (from 'The American Cocktail'). 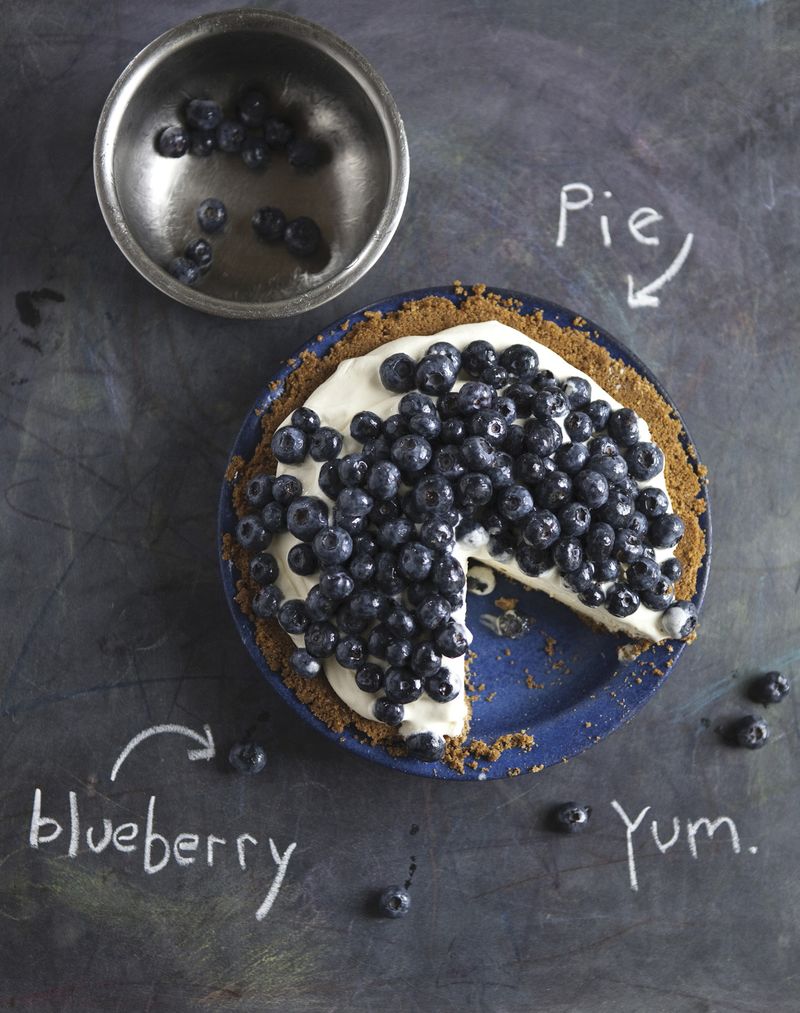 Now don't get an indigestion. Leave room for a little salad and eggs in between.

Serve with Big Bottle of Delirium Tremens, Kimchi Poutine from 'Smoke and Pickles' by Edward Lee

This recipe falls under the category of “everything tastes better with kimchi.” I first had poutine at Martin Picard’s restaurant Au Pied de Cochon in Montreal, and it has haunted me ever since. Poutine is a perverse homage to all things fatty and oozy: it is a plate of french fries topped with melted cheese curds and gravy. Recently poutine has made its mark stateside in various incarnations. Chef Picard tops his with foie gras; I timidly drape mine with kimchi.

Serve the poutine with one of those big bottles of Delirium Tremens by Brouwerij Huyghe.

Feeds 2 or 1 very hungry person as a snack 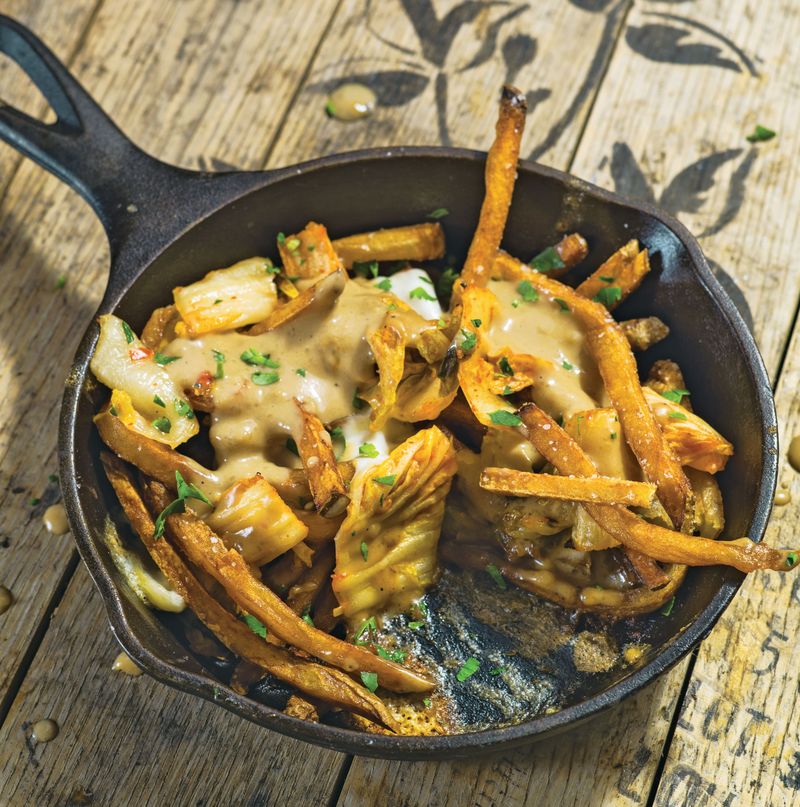 2.Melt the butter in a 6-inch skillet. Stir in the flour and cook, stirring, over low heat for 3 minutes to make a roux. Gradually add the cream, chicken stock, and soy sauce, stirring until smooth. Season the gravy with the cayenne and salt and pepper to taste. Keep warm until ready to serve.

3. Place the french fries in the bottom of a 6-inch cast-iron skillet. Sprinkle the cheese curds and kimchi over them. Heat the skillet in the oven until the cheese is warm and melty, about 5 minutes.

4. Remove the skillet from the oven and pour the gravy over the fries. Top with the chopped parsley and serve right away, in the skillet.

Haichu Anyone? Skoshbox Delivers Monthly Fill of Japanese Treats and Candies to your Door

From candies made with adzuki bean paste to beef tongue ice-cream, Japanese taste can be quite different at time from American or European palates.

If you had a taste of it while in Japan or simply want to discover what all the fuss is about, Skoshbox offers a monthly subscription model that delivers a box of Japanese goodies to your door.

Some of the August selection is pictured below.

Deadline for orders placed in August was August 17 for box of treats to be received in October.

Thanks to Humble Bean for putting Skoshbox on my radar.

You want candy for Tokyo Thursdays # 265

Previously: J Castle, All About Japanese Castles since 1969

Sonoma Valley 2013 olive season gets in motion late September. To mark the occasion, B.R. Cohn Winery invites all interested parties to an Olive Curing Workshop with Don Landis on Sunday, September 29 from 11 am to 1 pm.

"Don will talk about the history of the olive in California and a thorough description of the Greek style of olive curing with no lye." 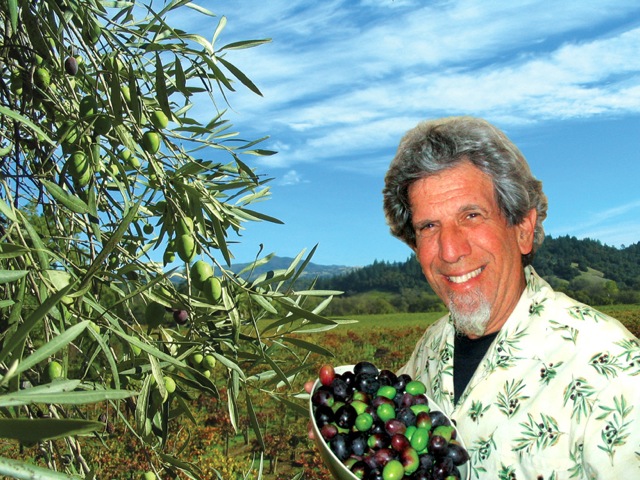 Hanging from Illusion of a Tree, Wine Bottles in Domaine d'Escausses Tasting Room

A year ago I was a couple of days away from leaving my New Jersey digs for 2 weeks in Europe.

Many of the 800 plus photos I took over 14 days are still waiting to be sorted out.

My time was mostly spent in the Toulouse area.

One day, after lunch near a countryside church we paid a visit to Domaine d'Escausses, a Gaillac wine producer.

Back of their tasting room was decorated by wine bottles hanging from illusion of a tree. 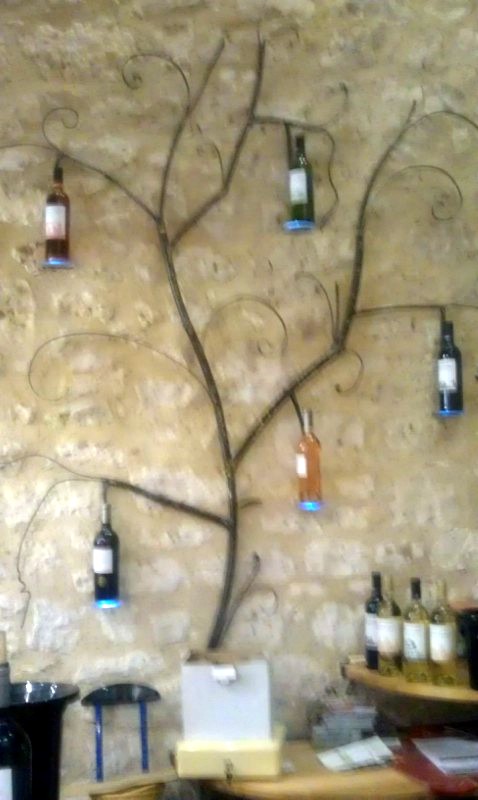 I thought of discarding this blurred photo yet I find it poetic, of the moment.

5 Bucks Gets you In, How to Prepare a Korean Feast at Brooklyn Brewery, August 21, 8 PM

In New York, I recently paid 10 bucks at lunch for 3 mini tacos that would have qualified as samples.

$5 gets you in for How to Prepare a Korean Feast, an Edible Brooklyn event at Brooklyn Brewery tomorrow Wednesday, August 21 (2013) at 8 PM. 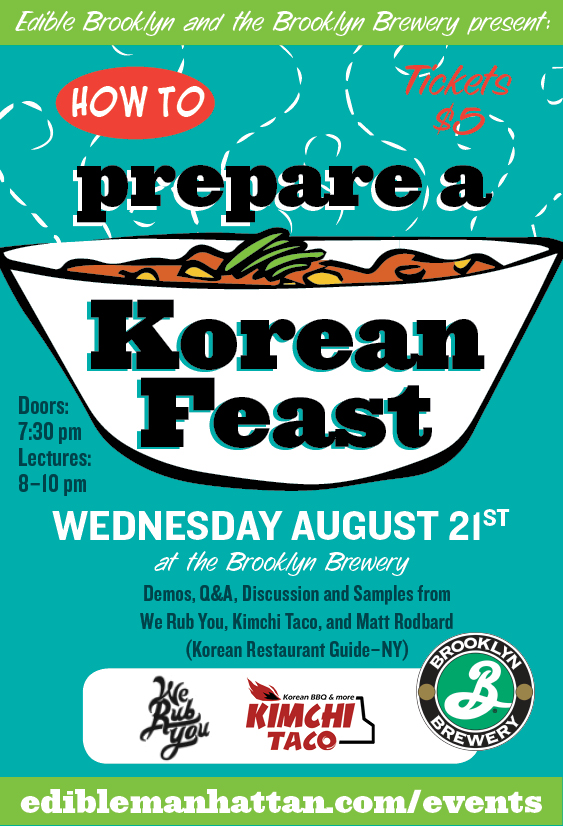 Beer is not included it seems.

They will be available for $5 a piece.

New York on a budget!

Throughout the summer of 2013, Kew Gardens in London is showing with IncrEdibles at Kew Gardens how amazing world of edible plants is.

As part of the food festivities, they invite us to a Foraging Dinner on August 29, 2013 (7 to 10 pm) at Orangery Restaurant on garden grounds, 3 course foraged dinner with foraging expert Yun Hider, cocktail on arrival and entry to Kew Gardens.

"Tickets include entry to Kew Gardens, a  foraged cocktail followed by a three-course foraged dinner, featuring dishes such as grilled Kentish asparagus, wood sorrel flower petals and wild rosemilk jelly, white and dark chocolate crumbs and candied pistachios. Expert forager Yun Hider, will explain how to forage and how these plants grow in the gardens. Price - £45 per person, including entry to Kew Gardens."

Reservations Online via Food from Kew on Eventbrite (by August 27,2013)

This teaser of a cocktail from Gatsby Cocktails, Classic Cocktails from the Jazz Age (Ryland, Peters & Small) blends tequila, raspberries and sensuality.

This tequila drink was invented during the 1920s, at a time when cocktails were often given decorative names revelling in innuendo and sensuality. 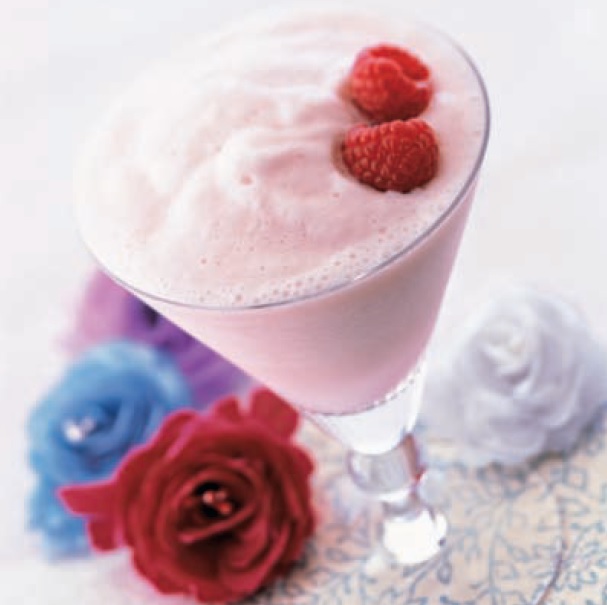 Add all the ingredients to a blender. Add two scoops of crushed ice and blend for 20 seconds. Pour the mixture into a hurricane glass, garnish with two raspberries and serve with two straws.

The 'adjective' sweet is loaded and often a shortcut when one wants to describe their preferred wine.

Amount of residual sugar in each wine will be responsible for what is called 'sweet'.

A nice Riesling balances that with acidity.

Enough talking, infographic below created by Wines of Alsace spells it all clearly

Same issues of 'residual sugar' versus 'acidity' can be found in German Rieslings which cover a full range of flavors.

If German wines confuse you check German Pradikat System digest from Riesling Around the World chapter of 'Riesling Rules, the Book'.

Thanks to Michael Wangbickler for sharing 'Wines of Alsace' Infographic in Riesling isn't all Sweet (June 26) on Through the Bunghole.

Who said pasta had to be boring same old?

10 offerings below prove there are alternatives. 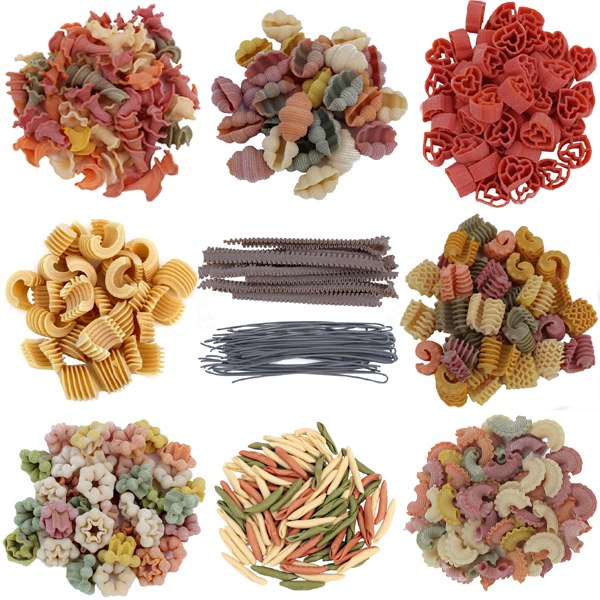 This 'food for your eyes' landed in my email this morning courtesy of M5, its U.S importer/distributor.