Fly Through the Skies with Astro Boy, Manga Meets Science at Miraikan Museum in Tokyo

A week ago (July 7), the National Museum of Emerging Science and Innovation in Tokyo better known as Miraikan lifted the curtain on a new exhibit The World of Manga Experienced Through Science- Meet the Dream Heroes of All Times.

Manga has fueled the imagination of Japanese youth since the post-war and what science projects start as something that sounds like a dream.

Why not marry both?

Here's what The World of Manga Experienced Through Science aims to be:

This exhibition uses science and technology to recreate the powers of superheroes and heroines depicted in the manga works that have motivated and driven people. It communicates the power to paint a picture of the future, the wonders of manga culture, as well as science and technology and its potential, not only to children but also to the grownups who were once children.

The exhibition brings together five manga titles--"Cyborg 009" by Shotaro Ishinomori, "Doraemon" by Fujiko F. Fujio, "Himitsu no Akko-chan" (Akko-chan's Got a Secret!) by Fujio Akatsuka, "Kaibutsu-kun" by Fujio Fujiko (A) and "Tetsuwan Atomu (Astro Boy)" by Osamu Tezuka (*listed in alphabetical order), and uses science to recreate superhero or heroine powers. It is a realistic hands-on exhibit that will provide fun and enjoyment for visitors across all ages. 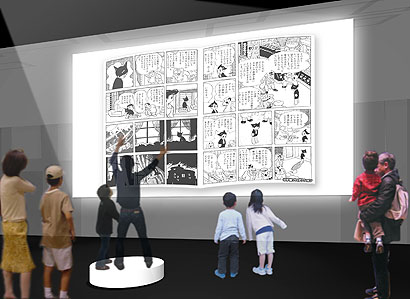 The birth of Astro Boy
Using projection-mapping technology that projects CG onto three-dimensional objects and changes textures and movements dynamically, the exhibit provides an explanation of the internal mechanisms of Astro Boy through a life-size image. Witness the moment of Astro Boy's birth as he awakes when visitors call out to him.

Jul 12
A natural networker, Lisa Skye managed to get a variety of chefs including Daniel Boulud, Pichet Ong to contribute recipes based on this summer favorite, corn. The result, I Love Corn (Andrews McMeel Publishing, June 2012) covers a world of flavors in 50 recipes including Serenade Vegetable Tacos by James Laird of Restaurant Serenade in Chatham, New Jersey. First recipe I picked today leans on the sweet side of things by New Jersey native, pastry... 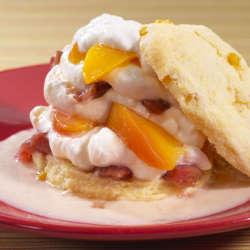 Jul 13
Moleskine notebooks have renewed cachets. I discovered a cousin of these that you will not use to couch your adventures but rather open in search of 'already printed' tips on how to fix your brakes, deal with unwieldly gears and patch tires. Punctures happen, The Bike Owner’s Handbook (May 2012, Cicada Books UK, Paperback, £9.95) by Peter Drinkell saves the day. "Anyone who has ridden a bicycle to work, whizzing past the traffic, the wind... 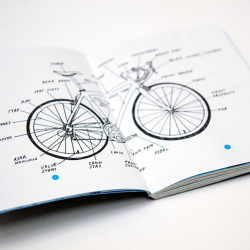