After admiring the craft of Henri Le Roux for a while, I received a copy of his book Caramel et Beurre Sale (Cherche Midi, French only) which prompted me to ask the master chocolatier if he had time for an interview. 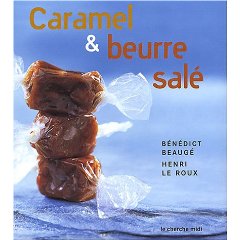 Thankfully for us he did, here's what came out of it.

Q: Henri, did your interest in Caramels grow in tandem with your love for Chocolate?

My parents were pastry chefs . I spent all my childhood between my dad's lab and mom's boutique...You will understand where my passion comes from.

Q: Were you fascinated by Caramels per Se or just the Caramel Beurre Sale (Caramel made with Salted Butter) from the start?

All children are fascinated by caramels. Caramels made with salted butter did not exist in Brittany until I created them in the early 70's.

Q: Where can you trace the roots of CBS?

After moving from Pont-l'Abbe to Quiberon in 1976, I took over a pastry shop on Rue du Port-Maria and decided to give up pastries and focus exclusively on ice-cream and chocolates. To mark my arrival on the scene, I decided to create my own signature treat, the CBS, caramel au beurre sale.

Q: Would you say that Salted Butter is part and parcel of Brittany's history?

Of course, it is like Breton's own Star Spangled Banner.

Q: I was surprised to discover the Butter Market of Lorient for the first time in your book even though I was born in the city across the river. I can't remember ever hearing it mentioned by my grandparents ?

No wonder, the picture of the butter market in my book must date back to the early 1900.

Q: I have a vague memory of being sent to buy butter at the deli (l'epicerie) around the corner and having the owner give me a taste and then wrapping my slice of the 'motte de beurre' (my order) in wax paper. Am I embellishing or is it what happened in the late 50's, early 60's?

In the 1950's-1960's, my grandmother was running an Epicerie (Deli) in Concarneau and she was selling salted butter by the pound or shaped by a mold like the pictures in my book (CBS) on pages 21 and 28. Her shop was on Place de la Mairie.

Pierre Jakez Helias and I, both come from the Bigouden area. He must have mentioned butter's importance to the Breton culture in one of his books even though I cannot say I am a 100% sure.

Q: For this CBS, are you making only one type?

The recipe for my CBS is unique yet he can be offered in a cellophane wrap like papillotes or with chocolate coated or as a spread sold in a glass jar for Tartines time. I named that caramel spread 'Caramelier' (and trademarked it).

Q: Besides France, in which countries would you say your caramels are the most popular?

Japan definitely. John Russell called them the best in France in Light and Shadow in Brittany (NY Times, March 1984).

Q: You also experiment with other flavors such as green tea and chocolate what got you started on that?

Creation knows no boundaries except the creator's own limits and good taste of course.

Q: Your creations are on sale in Asia. Have you been influenced by your visits to japan? Has it changed your approach, your esthetic?

Crossing borders, meeting other human beings, exchanging ideas, all this keeps you open-minded, broadens your horizons and definitely has been a source of inspiration for me.

Q: At the latest Paris Chocolate Show you chose a Brazilian theme. Which places outside France and Asia have you drawn ideas from?

The equator for its rich chocolate (a key factor for a Chocolatier), Russia in the 80's when I named a chocolate Kyra as a tribute to Kyra Bormann, daughter of Mr. Bormann, Chocolatier in St Petersburg and purveyor to the Tsar. Brazil as well with my lime flavored Guarani. Yet France has so many quality ingredients of its own that it's not necessary to wander far away. Two examples of that approach are my Truffe de Truffe, a ganache infused with black truffles from Perigord and Sarrasine, a ganache infused with ble noir (buckwheat used for galettes). I also have Louison a tribute to Louison Bobet (cycling champion) and Chtou, a soft caramel with salted butter and Lambig (a distilled spirit made from Cider).

Q: Could you name 3 or 4 favorite chocolatiers outside France?

Q: Easter is almost here, I noted your 'friture' (bag of tiny chocolate fish and shellfish). It reminds me of my childhood. Are these still very popular?

Friture never goes out of style. 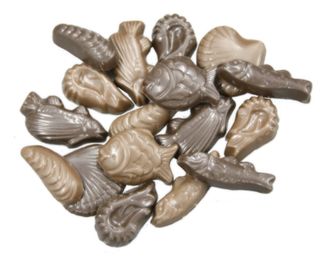 Q: Which is your favorite holiday as a chocolatier? As a Person?

Definitely Christmas which has made kids big and small dreamy eyed and will continue to do so.

Thank you so much for your time Henri!

The Wednesday Interview...on a Friday...You need to bend the rules sometimes.

Mar 25
How mistaken I was to think that only in America, land of the monster portions, was food waste a big issue in restaurants. In Japan, leftovers and food discarded by shops once it's past the freshness date amounts to an annual 5-to-9 million-ton mountain according to numbers quoted by Eriko Arita in Can doggy bags save the world? (Japan Times, March 21). She got these numbers from Tokyo based non-profit the Doggy Bag Committee which... 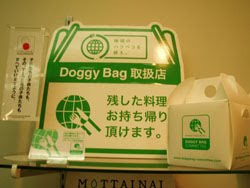 Mar 26
I did not spend my day by the sea, but there sure is plenty of fish in my writing today from Chocolate Fish Fry earlier to BLT Fish right now. It was not planned. This BLT Fish does not have a BLT Sandwich on its dinner menu. All Entrees are from the fish and seafood department except for Filet Mignon. BLT stands for Bistro Laurent Tourondel and is located in the Flatiron District. Appetizers below... 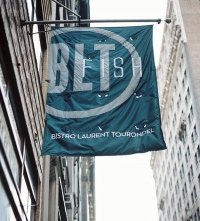