Test Tube Whisky, The World in 12 Whiskies, In a Box

As I was mentioning the Japanese Whisky window display at La Maison du Whisky in Paris for Tokyo Thursdays, I took a tour around their online shop and discovered their Whiskies of the World sampler.

Take 12 Test Tubes, select 12 Whiskies from around the world, get a wooden box and fill it not with cigars but with your top 12 (each tube with 4cl). 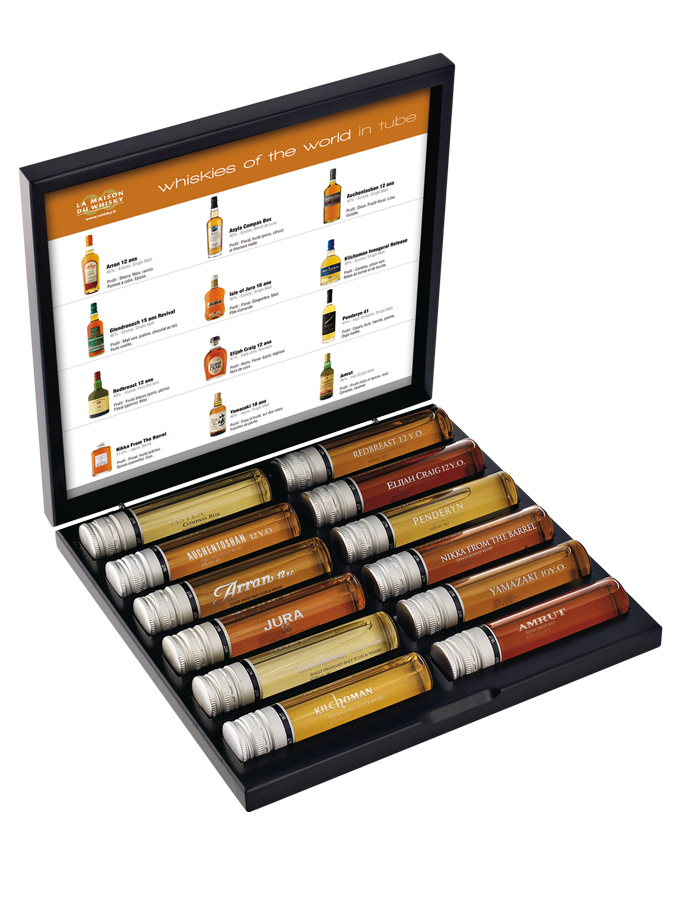 Charge 69 Euros for it which is not bad.

Don't Look Old if You Want to Get Hired writes Robin Ryan, Appearance vs Substance

On the Penguin USA Blog, Robin Ryan writes Don't look old if you want to get hired (January 22).

Her first rule "the first thing I tell my over-40 clients:  #1 DON'T LOOK OLD!  You must be perceived as the person who is the solution to the employer's problem of whom to hire."

Second she suggests that "a surprising fact that most boomers fail to realize is that their ATTITUDE is a major stumbling block. Too many mature workers show up looking weatherworn, tired, defeated, desperate, just plain OLD and worn out. You must have an enthusiastic attitude that radiates energy that insures you can do the job."

As for the resume part "You need to have a resume full of accomplishments. Keep it focused on the last 10 years, don't go back further than that."

Is too much experience a negative.

I agree with her on not showing up looking defeated and worn out.

On the other hand, I don't think being over 40 classifies you as old.

Being Just Over 50 and Not Dead Yet myself, despite being plugged in the online community and current trends, I consider myself full of energy most days yet I cannot hide the few wrinkles I have and do not see a year round tan as a plus.

What does looking old mean?

Should hiring be based on appearances rather than substance?

Lucy Kellaway takes a somewhat contrarian view as far as men as concerned with Clooney won't do in business (January 25, 2010).

"In continental Europe, corporate life is stuffed with matinee idols. There is Alessandro Benetton, Wolfgang Bernhard at Daimler, Bernard Arnault at LVMH, Henri de Castries at Axa, François-Henri Pinault at PPR – all are distractingly good-looking, and there are many more where they came from.

Lucy then offers some explanations:

"The first is that men in business start handsome enough but by the time they are big enough to get noticed they are old and bald and have eaten too many aeroplane meals.

The second and more plausible explanation is that for beautiful men there are easier and more glamorous paths to success than a long arduous climb up the ladder in cement or insurance. Instead they go into investment banking, show business, media and the law, where looks – and the arrogance that goes with them – are admired."

Robin Ryan is the author of Over 40, You're Hired (cover above)

Not feeling old and craggy for Monday Work Etiquette #126

Restaurant Menus are Cunning, William Poundstone on Six Tricks of the Trade

What makes us tick and buy, if it's not reason?

William Poundstone looks at The Myth of Fair Value (and How to Take Advantage of It) in his new book published (January 2010) by Hill and Wang.

One case study is How restaurants entice us into choosing expensive meals (excepted in The Guardian, January 21).

He builds his case using a menu from Balthazar in New York and the 6 'trade tricks'.

"A box around a menu item draws the diner's attention. Is $16 (£10)such an indulgence for a shrimp cocktail, they might think? Not next to a $115 extravaganza! (Le Balthazar Seafood Plate). A really fancy box is better yet. The cheeses at the bottom are probably high-profit puzzles."

At Number 5 is Menu Siberia, things you don't want to sell because they don't generate profit you want, in the case of Balthazar, it would be burgers he says.

Don't feel like reading check his Menu Psych video (above)

Stuck Like a Deer in Headlights at Cheese Counter, Artisanal Cheese Clock to the Rescue

If I counted all the times, I have been by the cheese selection or counter and seen people stuck like a deers in headlights at the idea of what to pick, I would be if not rich at least comfortable.

Someone at Artisanal Cheese in New York came up with a good remedy, The Cheese Clock (pictured below). 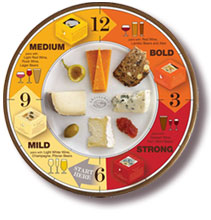 Divided into 4 categories, it will take the sweat out of choosing, presenting and pairing.

Can anyone imagine life without cheese?

Would you believe it but I spent so much time tasting German whites that I skipped quite a few 'just arrived' French wines at Terry Theise Spring Tasting on Tuesday (January 19).

I noticed once it was all over that I missed the St Pourcain Blanc, 'Tressalier des Graviers' from Domaine Nebout which is 100% Tressalier, a minuscule production in the ocean of French wines. 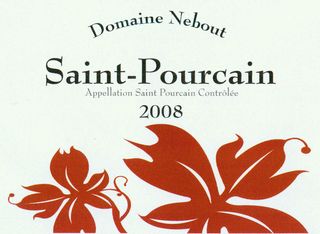 Blame it on nostalgia sake, the Gaillac Rouge 'Cuvee Reserve' Domaine du Moulin (07) should have made the cut with its 50% Duras not to confuse with Cotes de Duras (rest is Syrah). I spent quite a bit of time in the area in my youth.

North Berkeley Wines in its notes on 2006 Domaine du Moulin Gaillac Rouge (September 09) calls it 'a little fire in your soul'...

Last, I would also have liked to try, 2 Cote Roannaise, 'Les Originelles' and 'Vielles Vignes' (40 year old vines) by Domaine Robert Serol (both 2008), varietal is Gamay St Romain, from the foothills of Massic Central.

Hopefully I will have a chance to make up for this.

How can you taste 250 plus wines in 2 hours anyway?

What's it all about, in their own words:

with words like smoke is a clause stolen from Samuel Beckett's Texts for Nothing (1953), thirteen stories that converge under his translation of mesures pour rien - a bar's silence - the purpose of which is to carry a musical whole. During the exhibition, spoken works will interpose the visual, from the opening’s performances to a mid-point rehearsal to its final live broadcast.

Amongst the works on display, 'Some of that color' (below *) by Amalia Pica is the one that struck a chord with me. 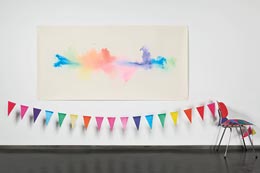 As previous programs at Chelsea Space, I believe Admission is Free

A treat for the Consumed to Thrifty...

What better way to discover new wines and winemakers than by visiting the place where it's made.

In the run up to its 2010 Wine Fair in Montpellier, Vinisud picked not grapes but 6 New Wine Tourism Spots in Southern France (Sud de France).

If you want to use fancy words, oenotourism is the word.

Amongst Vinisud 6 picks is surprise Chez Serge, a restaurant in Carpentras run by sommelier Serge Ghoukassian.
Besides sharing his love of local produce and wines like Cotes du Ventoux, Serge likes take visitors to some local vignerons or the truffle market. 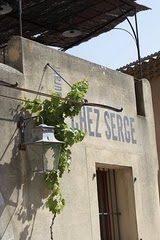 Emanuel Serin of Domaine de la Dourbie (French site only) near Montpellier makes room in his busy schedule for classes including winemaking basics and tastings. 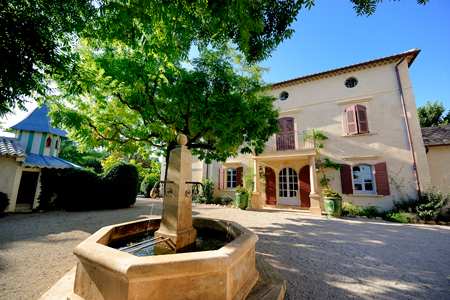 They can help you book a room nearby via partners such as La DorDine ('SleepEat') in Pezenas. Their buildings have character as you can see above.

The remaining 4 options can be found in Six spots Vinisudtouristiques 2010 (WinetourisminFrance), unfortunately the English version does not work.

I will bring you more of these throughout the year

Time to plan a vacation!

La Filature, No Detective, A Cultural Hotspot in Mulhouse, France

If you read my piece about Thought Provoking Posters on Work and Play and did not check the Online Portfolio of Vincent Perrottet, I might have left you with the impression that his creations are only in one field.

On the contrary, besides the social comment, Vincent Perrottet also designs vivid Posters/ Program for a number of Cultural Hotspots in France.

I was intrigued by one of them La Filature which in French has two meanings, a textile plant or a detective following someone.

La Filature is humming with culture in Mulhouse, eastern France. 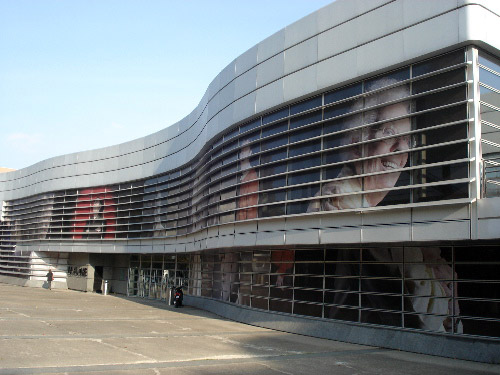 They mix it up nicely from jazz with Paul Bley in October 09 to chanson with Jane Birkin not long ago (January 13, 2010) taking a bite our of the apple, theater from classics like Moliere to new talent, classical music as well.

From January 12 to February 21, 2010, they host Les Frontieres du Sable ('the sand frontiers') by Celine Duval who they say is like an ecologist of photography, rescuing lost and found slices of life, giving them new life and meaning through collages, montages and many other ways.

This exhibit is Free.

La Filature, worth checking if you happen to be in the area.

Tokyo in Frisco at New People, Japanese Whiskies on Show in Paris

If you happen to be in the Bay Area and have a taste for all things Japanese, there is now an option besides catching the next flight to Narita.

It's called New People and that's how they describe themselves:

"New People offers the latest films, art, fashion and retail brands from Japan and is the creative vision of the J-Pop Center Project and VIZ Pictures, a distributor and producer of Japanese live action film. Located at 1746 Post Street, the 20,000 square foot structure features a striking 3-floor transparent glass façade that frames a fun and exotic new environment to engage the imagination into the 21st Century."

In January, their Viz Cinema showcases music flavored films like Midnight Sun (January 21), the melodramatic story of "Kaoru is a talented young teenager, gifted as a singer and guitarist. She also suffers from a rare skin disease which prevents her body from repairing cell damage caused by ultraviolet (UV) light.This means that she must avoid sunlight completely". 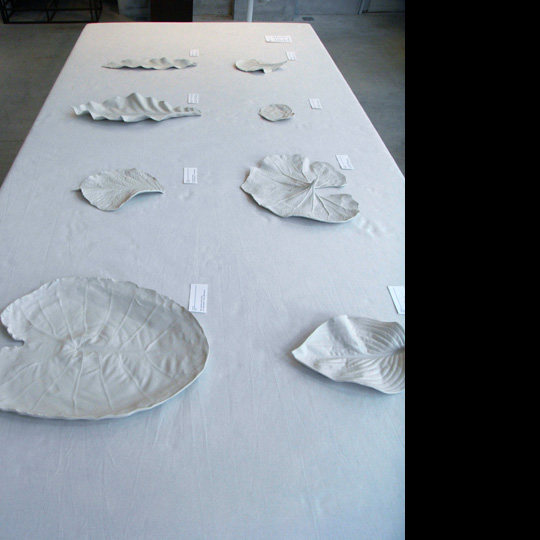 The Superfrog Gallery is currently displaying Leaf Dishes by On Za Line (pictured above) who amongst other things explore the idea of The Garden as Science Fiction...

Japanese are Single Malt fans, they also produce their own Whiskies which have won plaudits in recent years. 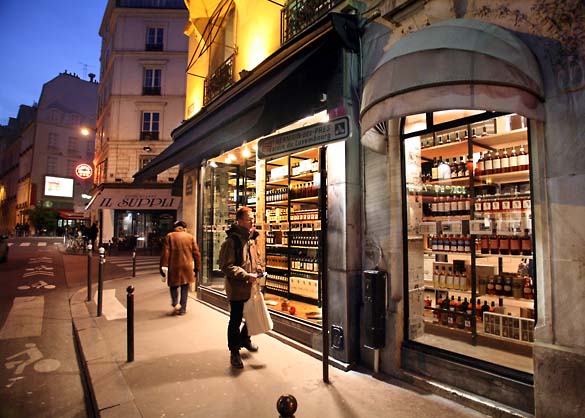 In his piece Bertrand offers a few recommendations including:

No Robert Crumb has not turned winemaker at least as far as I know.

Memories of Mister Natural came to mind when I saw the poster (below) for La Dive Bouteille, a wine event all about natural wines going back to the Loire in 2010 for its 11th edition. 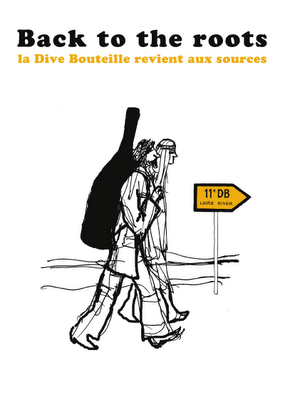 From Pascal Clairet from Jura to Axel Prufer, the German guy from Minervois not to forget Pierre Breton, Mr. Cabernet Franc, one of the local guys from Bourgueil and many more.

This event takes place at Chateau de Breze (10km from Saumur) on Sunday,January 31 (10AM to 10PM) and is open to the public.

Cost per person is 10 Euros

The Dive Bouteille is not for wine snobs, rather for bons vivants.

The same week-end, media and trade only will taste similar wines with Return to Terroir/ Renaissance des Appellations at Greniers St Jean in Angers (January 30 and 31).