Italy and Figs in your Glass? Borgogno Barbera d'Alba

I did not find Italy or dried figs in my glass when I drank the Barbera d'Alba (2006) from Borgogno, I know 'tasted' sounds more polished but I did not swirl and sip that much.
I just enjoyed it with my dinner.

The poetic 'Italy and Figs' came from  the tasting notes at Ferry Plaza Wine Merchant in San Francisco.

While writing About the merits of Brevity, I could not help but think how verbose and repetitive many wine reviews can be. 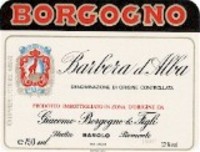 Elisa Kwon of oeno:li..cious gives us her take on the 1971 Giacomo Borgogno Barolo Classico Riserva

Ed McCarthy in Barbera, my favorite red wine has tasting notes on 10 more...

Get to the point! No time to waste? Be Brief!

Get to the point!

In No Resistance is Futile (A Brief Message), Paul Ford explores how short you can go when writing.
I am not sure that using a spreadsheet would work for me.

He recently did 6 words reviews of 763 songs from South by Southwest bands for The Morning News.

Having constraints such as a maximum number of characters to use forces you into multiple rewrites and in the process should make your thoughts clearer and concise.

Funny how after reading his piece , the previous entry Any Time is a Good Time to Save Time by Emily Gordon almost feels long.

A Brief Message is a great idea by Khoi Vinh and Liz Danzico.

Many meetings, conversations, projects could surely benefit from brevity.

Life is too short to be wasted!

Thanks to Signal vs Noise for bringing Paul's ideas to my attention.

Previously: Can having Too many Ideas be Achilles' heel for Enterprising Minds?

Milles sabords as Captain Haddock would have said...

Art collecting is not all about old masters, statues, animals in various states or other provocations as the recent auction at Artcurial (March 29) proves.

An AFP news brief, Blistering Barnacles! Tintin artwork fetches record price, reports how the original oil painting for the cover of Tintin in America managed to be sold for $1.2 Million (764,200 Euros).

A previous auction in November 2007 offered a number of other items (including a preliminary sketch for the cover to Les Bijous De La Castafiore) as highlighted by Tintin auction exceeds expectations (Forbidden Planet).

Fan of Tintin but cannot afford such bids, get your fill of Tintin trivia, as well as estimates on your own Tintin collection pieces thanks to Tintinologist (English language fan site).
It seems that there is an alternative cover for Tintin in America from what I saw in their pages (the top illustration)...

I could see any of these in my new living room.

Of Artcurial upcoming auctions, I could settle for Fernand Leger, La Plante (the plant, 1945), minimum asking price 350,000 Euros. Interessed, it is Lot 21 of the Modern Art sale taking place on April 9 in Paris at Hotel Dassault. The catalogue also includes Utrillo, Braque, Magritte and Chagall to name a few.

I am moving today (only a few blocks away).

Be warned...Heathrow Terminal 5 mess expected to continue on Monday...Remember Denver?

Problems that have plagued Heathrow Terminal 5 since it opened a few days ago are expected to continue on Monday (March 31st) according to Reuters and Associated Press.

The main headaches caused by the high tech baggage system start to sound like a repeat of what happened at the then new Denver Airport in the 90's as Famous Failures shows.

It eventually led United Airlines to drop this wonder that kept crashing.

The Telegraph UK indicates that Heathrow Terminal 5 chaos could last all week (in its Monday, March 31st Edition).

On the other hand, British Airways Chief Executive Willie Walsh on Sunday told the BBC that things are getting better and ( I quote) "We are making every effort to reunite bags with their owners".

The BBC wonders  How do you clear a bags backlog? estimated to be around 15.000 pieces of luggage.

So fasten your seat belts if you get into the cross hairs of the brand spanking London Terminal in the coming days...

Just realized that I have tasted a couple of new (to me) wines in the past week after my taste buds recovered from the side effects of my cold.
One of them happens to be the Dolcetto d'Alba from E.Pira & Figli (Sons)...

It is actually made by none other than Chiara Boschis who took over the reins at E.Pira (back in 1990).

The grapes are sourced from a small parcel in the Liste Vineyard (in Barolo) which explains why only about 400 cases were produced...
The wine offers a  good balance of fruit and tannins and pleases the eye with its ruby red robe. 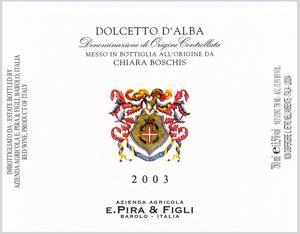 Chiara is not the only woman to rule the wine world of Piedmont as Barolo Girls in Bene Magazine proves.

Posted on March 29, 2008 in Consumer Products, Food and Drink, Serge the Concierge, To Do Lists, Travel, Wine | Permalink | Comments (0)

Whoever is behind The Change You Want To See (part art space, part community center, part agit prop) in Williamsburg, Brooklyn (New York not South Africa) there must be some history buffs amongst them as they host the March 28 Jelly Coworking Session under the banner of 137th Anniversary of the Paris commune.

I found out that there is actually a Paris Commune restaurant on Bleeker Street (New York).

What could be a better illustration for this piece?

Just had to mention it.

Do revolutions start on Friday? Find out on 'Slow Planet', opening day March 28

Do revolutions start on Friday?

I wondered as Slow Planet chose Friday, March 28 to get on the map...a slow launch of course.

It is not a place for philosophers but rather an illustration of how Slow can apply to Work, Travel, Design and Life in general.

Slow Planet is the child of Carl Honore who broadcasts the launch today...

Carl Honore realized it was Time to switch off and slow down a few years back and wrote In Praise of Slowness.

Going nowhere fast, stop rushing and get your life back!

Related: Wishing for an 'Extreme Productivity Seminar'? and From Consumed to Thrifty

Climbing Hills or in search of Flatlands...Plan your 2 Wheel Ride with Bikely

Riding a bicycle in the fall or winter months is not everyone's idea`of fun.

The weather in our northern hemisphere will warm up soon and spending a few hours climbing hills (mountains are another story) or if you are not looking for challenges the flatlands in the countryside could be a good plan for the week-end.

Not sure where to go, looking for new ideas, visit Bikely...an Online Forum where Cyclists share routes not just in the US but also Australia and the UK, practical tips and new trends.

Revving up the Engine: Spring up and Map your Motorcycle Trek with 'Sunday Morning Rides'

Taste Festivals, From London to Leeds, Bath to Birmingham...2008 Season Starts May 29

It's never too early to start making plans so even though the kick off is some two months away I thought I should take a few minutes to mention the Taste Festivals, 2008 Season.

Here is in their own words what the event is about:

"Imagine a picnic in a park. Now multiply it by thousands of people. Invite all the best restaurants in the area to contribute the food, and discerning vintners to bring the bottles. Make sure some of the guests are famous chefs happy to help out with cooking hints, and organise live music to eat and drink by. This is a Taste Festival."

Sounds like a great way to spend the day.

Presented by Channel 4, this year's first event is in Scotland, Edinburgh to be precise (May 29 to June 1st).
It takes place at Meadows Park and the couleur locale will be provided by a whisky tour.
Want to educate yourself on the subject of Single Malts, The Edinburgh Malt Whisky Tour might be a good place to start. They actually offer information in a variety of languages.

If you want to burn some calories after tasting this and that, ride your bike to the event, the park has come bike routes along the River Rea, so nice scenery I guess.

Can Ravioli be Orgasmic? (Or any food for that matter)

Can Ravioli (or any food for that matter) be orgasmic?

After hearing a chef (jokingly I think) describe his spring ravioli creation as orgasmic, I wondered if such a term should be used.

I did find a Ravioli with Lemon Butter Sauce by Sheetal Shah of Melbourne (Australia) who shares his recipes under the moniker of Veggie Orgasm.
Are vegetarians more passionate about what they eat?

Also from Melbourne, Foodaholic writes in Spring Dessert that Coconut gelato was orgasmic with the balsamic compote...

Maybe it is just an Australian thing?

Not really as a review of Imperia Restaurant in Toronto proves: Take his seemingly straightforward veal and spinach ravioli ($15, half order $8). Orgasmic doesn't quite do it proper justice, bathed as it is in a sinful yet exquisitely simple sage butter.

On Slow Travel Italy , Dennis from PA goes "on our first visit to Il Canto (outside Florence) in 2001, the food was orgasmic…the pear and pecorino ravioli, Tuscan steaks and desserts were to die for, but it was our server, Simona, who put the evening over the top."

Sounds like food and orgasmic like truffle oil on many menus nowadays could be used with more  parsimony.

A light touch on Friday morning...

Recent food bite: Men are from Mars, Fries are from Belgium

Posted on March 28, 2008 in Consumer Products, Food and Drink, Health, Restaurants, Serge the Concierge, To Do Lists, Weblogs | Permalink | Comments (0)